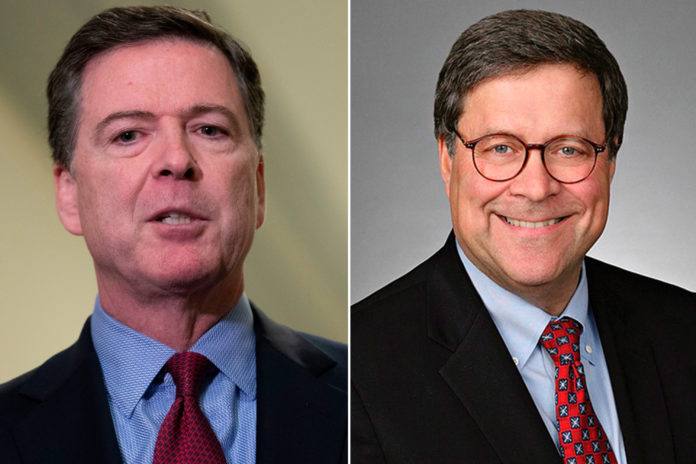 Former FBI Director James Comey said Thursday that comments made by Attorney General William Barr Wednesday regarding how U.S. law enforcement and intelligence agencies may have engaged in “spying” on the 2016 presidential campaigns makes no sense at all to him.

“I have no idea what he’s talking about, so it’s hard for me to comment. Maybe the only thing I can say generally is — I think that his career has earned him the presumption that he will be one of the rare Cabinet members who will stand up for things like truth and facts, and institutional values.”

But despite Barr’s willingness to lower himself to the level of spewing conspiracy theories, Comey thinks something good did come from the attorney general’s four-page summary of the Mueller report, and that’s the fact has been established the Russia did indeed attack the foundations of our demoracy:

One of the good things about Barr’s letter, Comey says, is that the “Russia thing” is not a hoax

For all we know, this time the Russians will choose to attack the Trump re-election campaign, and yet this president continues to deny that Russia played a hand in helping him get elected.

William Barr has now stamped his place in history under the heading of “political hack.” The fact that he’s willing to cover for Trump means that in a very real way, the Russians are still attacking our country.