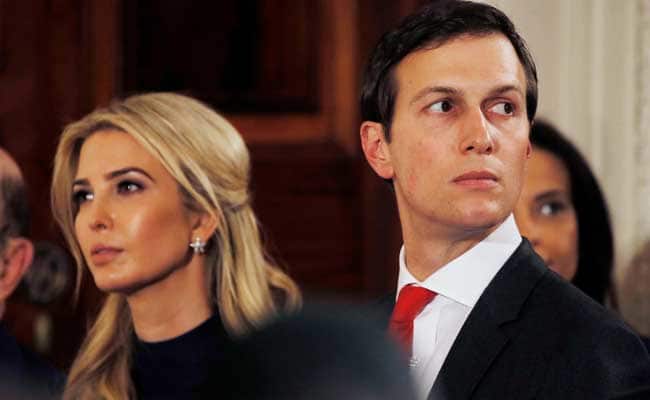 President Donald Trump’s son-in-law Jared Kushner and Fox News host Laura Ingraham appeared delighted that more ex-felons are supposedly registering as Republicans than as Democrats on Monday night, resulting in an avalanche of mockery on Twitter.

During the 2018 midterm election, Florida voted to restore voting rights to ex-felons who have served their time after years of not being able to participate in elections.

And so, ex-felons are registering to vote. But during an interview on Fox News, Kushner bragged about these ex-felons allegedly registering as Republicans at a higher rate than as Democrats.

“One statistic that I found pleasing, more of the — in Florida they passed allow where former felons can vote. We’ve had more ex-felons register as Republicans than Democrats,” Kushner said.

Seriously. Kushner and Ingraham are very happy about the Republican Party being the preferred party of ex-felons.

Only it isn’t since most ex-felons register as independents. And even if Kushner is right, it could make sense since a lot of prisoners, particularly white males, join white nationalist gangs on the inside. And we all know how much Trump depends on support from white nationalists.

Anyway, it was only a matter of time before Twitter users mercilessly mocked Kushner for his remarks.

I think Kushner meant “more felons in the White House are Republicans”.

Trump’s tagline for re-election: Felons vote for Trump. What exactly does Kushner mean by ex-felon? Perhaps he means ex-convict or former prisoner. BTW: Kushner’s father is still a felon, even if his prison sentence is completed.

Wait …did Kushner joes go on a national broadcast and declare the @GOP the preferred party of felons?

But don’t worry! Porcelain Boy Wonder Jared Kushner is thrilled to announce that most of the felons that got the right to vote are registered Republicans! Woohoo!

I think he has it backwards. They were already GOP when they became felons ie Manafort.

Of course felons are registering in greater numbers as Republicans–they want to be able to vote for one of their own.

Perhaps it’s because they look at POTUS and think “Hey, a criminal can become President”?

Well, this is all I have to say…… pic.twitter.com/2bfV4JdadG

Well, certainly Republicans DO have quite the record of going to prison.

This is a great example demonstrating why people should think before they speak. Kushner clearly never learned that lesson, and now he’s learning it the hard way.