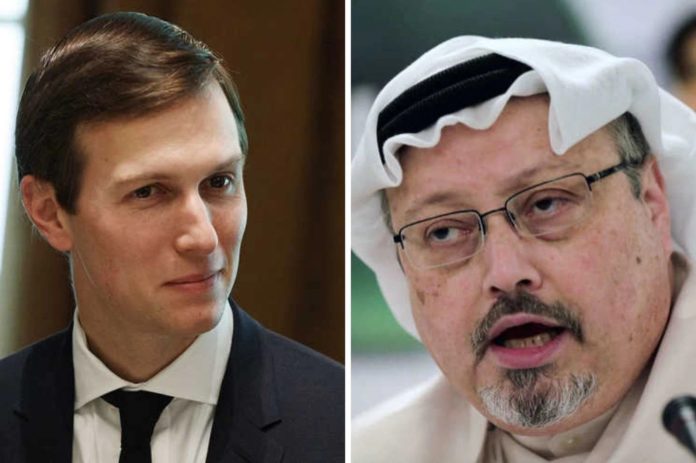 In a chapter about Jamal Khashoggi, for instance, Wolff reports that Jared Kushner, in an off-the-record conversation with a reporter, remarked of the murdered Saudi Arabian dissident and newspaper columnist, “This guy was the link between certain factions in the royal family and Osama. We know that. A journalist? Come on. This was a terrorist masquerading as a journalist.”

The CIA has concluded that Khashoggi’s murder in October of 2018 was conducted by intelligence agents working for the Saudi Arabian government and operating at the personal direction of Saudi Crown Prince Mohammed bin Salman. Even Senator Lindsey Graham (R-SC), who has steadfastly defended the president and his administration, noted after a briefing from CIA Director Gina Haspel:

“I think he’s complicit in the murder of Mr. Khashoggi to the highest level possible.”

Khashoggi was from a prominent Saudi family and had at one time been the royal family’s spokesman. But as a journalist, he criticized the regime for its human rights abuses and foreign policy, such as the brutal war on Yemen.

He had known Osama Bin Laden, who orchestrated the 9/11 terror attacks and led the Islamist militant group al-Qaeda, from the early 1980s when the latter fought against the Soviet Union in Afghanistan. Khashoggi interviewed Bin Laden multiple times over his career.

The Saudi royal family also had close ties to Bin Laden and his family, which, using Kushner’s logic, raises a more troubling question: Are the Saudi royals also terrorists? They have provided financial and spiritual support for terror groups over the decades and 15 of the 19 terrorists who perpetrated the September 11, 2001 attacks on the United States were Saudi nationals.

Kushner is believed to have financial ties to Saudi Arabia, so apparently his loyalty can be bought or rented by the highest bidder.