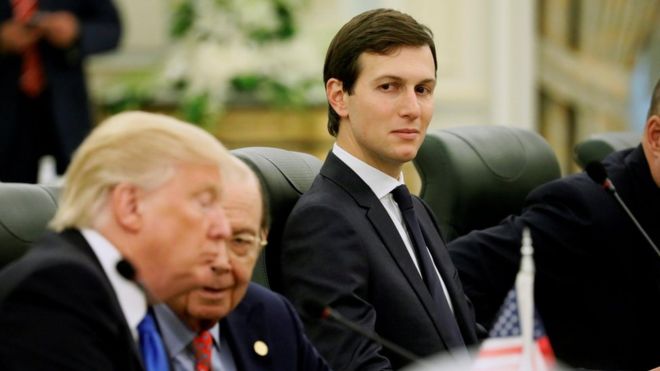 President Donald Trump’s son-in-law, Jared Kushner, has quietly moved behind the scenes to usurp the power of acting chief of staff Mick Mulvaney and is now running the daily operations of the White House, according to New York Times reporter Maggie Haberman.

Appearing on CNN’s “New Day” Wednesday morning, Haberman was asked by hosts John Berman and Alisyn Camerota who was in charge at the White House. She replied:

“That would be one relative: Jared Kushner. What you will hear from people around Jared Kushner is, ‘That’s silly, he’s focused on what he wants to do, he’s got his own discrete pieces of work.’ And those things are true! But as was true during the campaign, no matter who was really in charge, Jared Kushner was behind the scenes managing most of it, taking credit when things went well and sort of distancing himself when they didn’t.”

Kushner’s increasing power within the West Wing has been greatly aided by the departure of former chief of staff John Kelly, who reportedly battled with Kushner and First Daughter Ivanka Trump over policy, Haberman added:

“Mick Mulvaney is seen internally as not a particularly strong chief of staff, and that’s because he is not providing much of a buffer between the staff and the president. Jared Kushner has been rising internally… he is feeling ascendant.”

Before Trump chose Mulvaney to serve as a replacement for Kelly, Kushner told Fox News that the president wasn’t going to rush his choice to run the daily operations of the White House:

“The president will make the right choice for chief of staff when he’s ready, and hopefully he’ll choose somebody he’s got great chemistry with, great relationship with, who will help him navigate the next couple of years through all of the good opportunities that emerge to keep pushing forward.”

But it was also reported that the reason it took so long to finally name Mulvaney was because numerous candidates for the post had turned down the president and others were not considered compatible with Trump’s unique and often confrontational style of leadership.