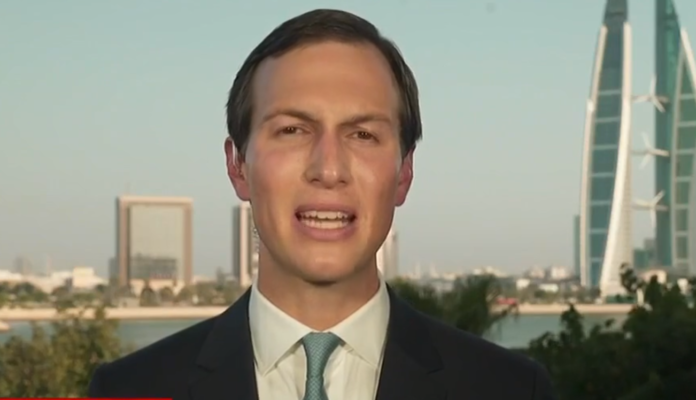 According to senior White House adviser Jared Kushner, his father-in-law, President Donald Trump, is indeed doing things to protect migrant children who are seeking asylum in the United States. After all, he argued, the president has said how dangerous the border crossing is.

During an appearance on CNN, Kushner was asked by host Wolf Blitzer about the issue of immigration:

“I’m sure you’ve seen the horrific photo of the father and daughter who drowned crossing the Rio Grande. And you’ve heard about the deplorable conditions for migrant children, that kids don’t have toothpaste, soap, toddlers don’t have diapers. You’re a father, a man of faith. Why isn’t the trump administration doing more to protect the lives of kids?”

Kushner whined about being asked such a thing, and then suggested Trump had indeed made efforts to protect immigrant children:

“I don’t think that’s a fair question, Wolf. The president has been very clear about the fact that it’s a very dangerous journey to cross the border. He is trying to get people to cross legally and come into this country in a legal way.

“Right now our Border Patrol agents, who do an amazing job for this country, trying to keep all of us safe, are totally overwhelmed. The numbers we’ve seen have been extraordinary. We’ve got a great economy. A lot of people want to come.”

“President Trump is in favor of legal immigration. He wants people to come to this country but he wants them to legally.”

That’s simply not true. President Trump has already said he wants to cut back on legal immigration, greatly reducing the number of people allowed to seek asylum in the United States.

Kushner also failed to mention that the father and child who perished coming to the United States were seeking asylum, which is perfectly legal under U.S. and international law.

As usual, this White House lies rather than dealing honestly with any issue. Their default position is lying. No wonder the vast majority of Americans don’t trust a damn word any of them has to say.