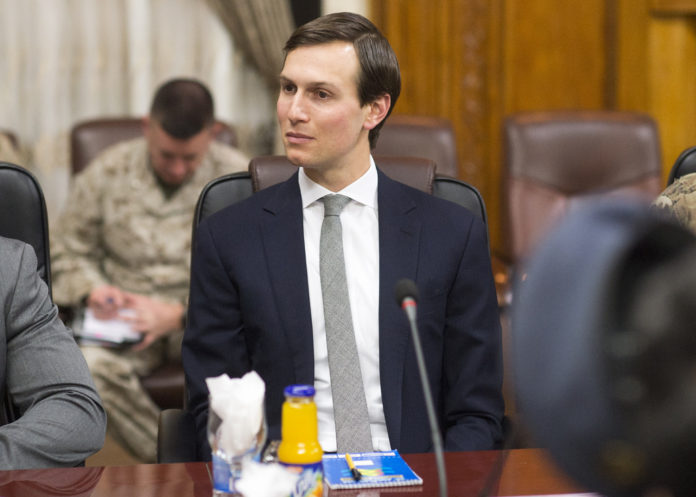 A mere 24 hours ago, senior White House adviser Jared Kushner had the most comprehensive portfolio in the Trump administration. From Middle East peace to opioids, veteran’s issues to government regulations, Kushner was the go-to man for nearly every major issue.

Now, however, Kushner has a lower security clearance that the ambassador to Israel, and that raises the question whether or not the president’s son-in-law is now expendable.

In a piece he wrote for CNN.com, political commentator Chris Cilizza explains the Kushner paradox this way:

“The recent revelations about Kushner’s security clearance and his targeting by foreign governments would seem to raise questions about not just whether he can carry out the day-to-day responsibilities of his job but whether he should be allowed to at all.”

Not long after news broke that Kushner had his security clearance downgraded because he couldn’t pass an FBI background check for a permanent top-secret clearance, The Washington Post published an article suggesting that four nations — the United Arab Emirates, China, Israel, and Mexico — have been trying to manipulate Kushner via his financial ties across the globe and novice-level experience in foreign policy.

So what next for Jared? Does he voluntarily resign, or does Chief of Staff John Kelly show him the door? Cilizza has been pondering the same question:

“No matter how close an adviser is to a president, issues like the ones raised over the last 24 hours about Kushner have to be grounds to reconsider his role or dismiss him from the White House entirely. In fact, the closeness and influence Kushner has with Trump makes it even more dangerous for him to remain in his current role.”

So the million dollar question becomes: Will Trump kick Kushner to the curb and send him and Ivanka packing back to New York? Probably not. Trump values family above all else.

And that should concern each and every American who cares about the national security of the United States.