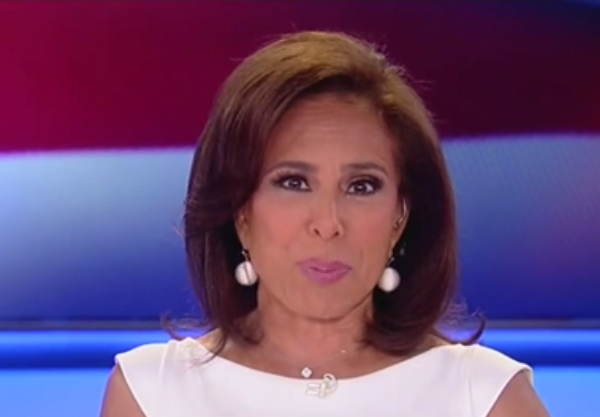 Fox News banshee Jeanine Pirro added her shrill voice to the conservatives who are whining about Democratic candidates speaking Spanish on the debate stage earlier this week.

During the Democratic debates on Wednesday and Thursday night, Beto O’Rourke and Senator Cory Booker (D-N.J.) both attempted to demonstrate their bonafides to the Latino community by speaking Spanish on stage, a smart way to connect with that group of voters and impress with their bilingual skills.

“You can add the English language to the long and growing list of things the Democratic Party considers racist,” he whined. “How long before you are banned from speaking it? Think we’re joking? Right. Better to learn Español if you want to talk to your grandkids. It’s a brand new world.”

It should be pointed out that Booker and O’Rourke primarily spoke English during the debate and only spoke Spanish briefly to acknowledge Spanish-speaking voters. And neither of them actually called for banning English. Any notion otherwise is just silly.

“And it was a contest about who could speak the best Spanish,” Pirro said. “Now, I believe in keeping your heritage alive including my own Lebanese heritage, but I believe this is an English-speaking nation and pandering to Spanish-speaking immigrants was over the top. Even Cory Booker was turned off by Beto O’Rourke’s not so subtle attempt to pander to illegals.”

If that were true, Booker would not have gone on to speak Spanish himself. His look of annoyance was because O’Rourke spoke Spanish before he had the chance to do so.

Furthermore, America has always been a multilingual nation. French is still spoken in Louisiana. And when the United States annexed Texas, New Mexico, Arizona and California many people living in those territories spoke Spanish. Also, immigrants have been coming here from around the world for centuries and have never been forced to speak only English. That’s a fantasy of white nationalists.

And Pirro is apparently a racist just like Tucker Carlson.