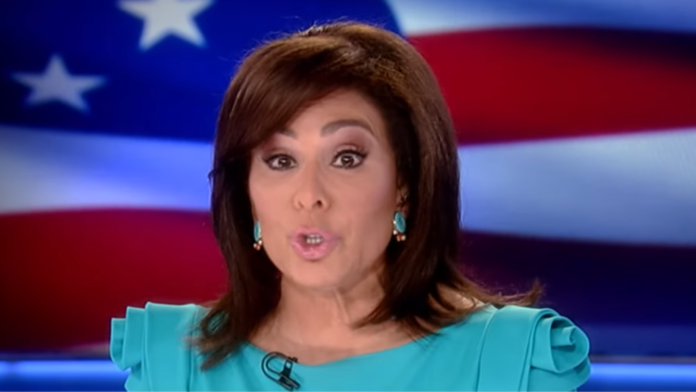 According to fact-free Fox News host Jeanine Pirro, the press conference Special Counsel Robert Mueller gave Wednesday is proof-positive that he’s a working for Democrats and only conducted his investigation to harm President Donald Trump.

“Why after ten weeks — after the special counsel report is submitted — does Mueller unilaterally decide to hold a press conference to say he’s closing shop? And why does Mueller do a Jim Comey and say, ‘I didn’t charge but only because dot dot dot.’ Why?

“He does it to rally the left because the Mueller report didn’t hurt enough.”

Or perhaps (and much more likely), he got sick and tired of the lies Attorney General William Barr was telling about this report and its conclusions. That seems a lot more likely when you consider that Mueller is a lifelong Republican.

But Pirro was far from finished spinning conspiracy theories, shifting into overdrive for the next part of her monologue:

“Mueller, I’d imagine, at the behest of the left gives them what they need to jumpstart the calls for impeachment.

“You either indict or you don’t… every prosecutor knows if you don’t indict someone, you stop there.”

However, Pirro conveniently neglected to mention that Mueller couldn’t indict due to a standing Department of Justice policy. Instead, he made it clear he expected Congress to begin an impeachment inquiry if they feel the evidence supports that move. And clearly, it does.

Near the end of her absurd take on the special counsel and his report, Pirro looked into the camera and pretended she was talking to Mueller:

“When did you know there was no collusion? Did you know that before the midterms? You could have shut the whole thing down. But then again, it was a major help to the Democrats now wasn’t it? And you’re helping them yet again.”

Actually, he’s upholding the rule of law and making sure that no man is above it, not even a president. If Barack Obama had done half of the things Trump has, Pirro and her Fox colleagues would be calling for him to be tar and feathered, impeached, and imprisoned for the next 500 years. But when it’s Trump, they just shrug their shoulders, smile, and say it’s no big deal.