The United States Blues
Home Politics Congress Jeanine Pirro demands that the entire Congress be ‘fired’ for daring to... 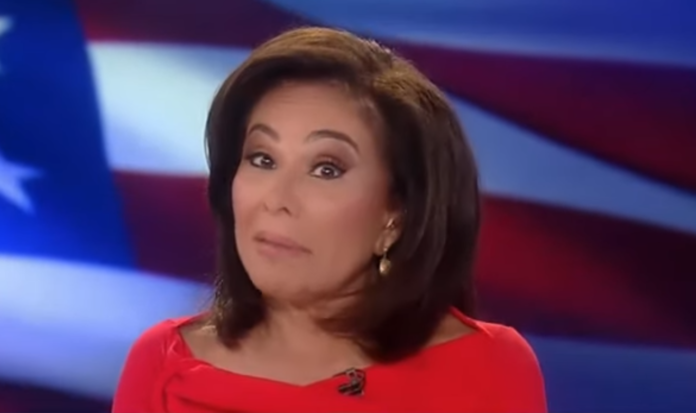 Fox News host Jeanine Pirro accused Congress of “failing” President Donald Trump on immigration and issued a call for every member in the House and Senate to be fired for not supporting the president on the issues of immigration and trade.

Pirro opened her show Saturday evening by praising Trump for his so-called “deal” with Mexico on immigration, which The New York Times later reported was something the Mexican government agreed to months ago, meaning the president lied about it having been a recent development:

“It’s a big win for the president. Congress would rather deny him a win on immigration and let the problem continue to proliferate, no matter the harm to the American people. Even his own party fails him yet again.”

Senate Republicans had made it clear they didn’t support Trump’s planned imposition of tariffs on Mexico, a move which would have had a devastating impact on the economies of both nations, and that, according to Pirro, proves that no one in Congress can be trusted:

“Congress continues to fail us. Not only blocking the president’s efforts but actually passing a bill this week that would give two and a half million Dreamers amnesty, a signal to illegals that not only will they let you in and pay for food, housing, education, medical and travel, but sooner or later they’ll give you amnesty after they release you into the interior proving yet another incentive for illegals to cross.”

Pirro even claimed that members of the GOP who don’t march in unison with Trump “hate” him:

“Congress ought to be fired for forcing this president to negotiate with a foreign power to solve a national immigration crisis that our own government won’t solve, either because it’s a ‘manufactured crisis’ — are you stupid and blind? Or do you hate the president so much you’d rather we Americans suffer the burden of the children of illegals into our already too-small classrooms.”

The Fox host ended her unhinged rant by making Trump sound like the messiah:

“It all comes down to one thing, the strength of the president to again defy the odds, the naysayers and the doubters … This is Donald Trump’s moment in history. And I for one believe in the man and moment. So should you.”

Sorry, Jeanine, but you lie almost as much as your political idol, and you need to read the Constitution, which clearly states that Congress is a co-equal branch of government and is meant to serve as a check on the president. And it’s Trump that needs to be “fired” before he utterly destroys this country.