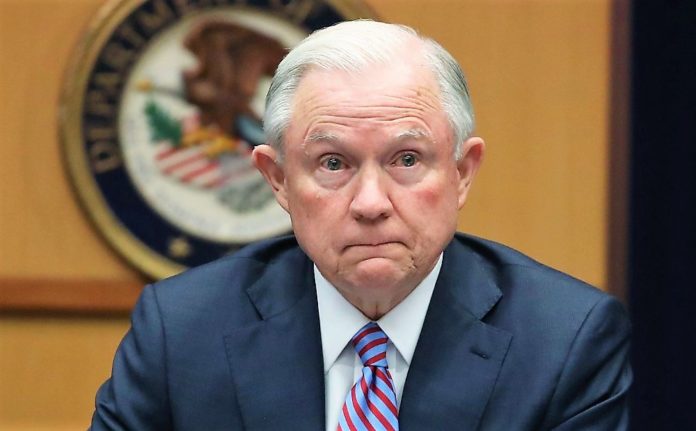 Attorney General Jeff Sessions has been under increasing scrutiny recently. He spent many hours testifying before Congress after he was less than truthful about his interactions with Russians during the campaign and his knowledge of campaign ties to Russia and WikiLeaks.

While the country has been rightly focused on the Attorney General’s role in potential campaign collusions with Russia, and rightly so, Sessions has been at work, shaping the Justice Department to reflect his hard-line views.

Sessions cracked down on illegal immigration; he was at the forefront of the rollback of the DACA program that allowed people who came to the country illegally as children to stay and work towards becoming documented.

He shows his nationalist ideology consistently. From his crackdown on “sanctuary cities” to his higher prioritization of immigration cases and his focus on hiring more immigration judges, his anti-immigrant stance is made abundantly clear.

His re-shaping of the Justice Department doesn’t only impact decisions around immigration. He has also undermined efforts to oversee police and has required prosecutors to seek the harshest possible sentences for those charged.

The Justice Department has oversight agreements with police departments nationwide. Proponents see those oversight pacts as a means of forcing necessary changes in policing to address issues such as racial disparities and use of force.

After only two months as Attorney General, Sessions instructed DOJ lawyers to review those agreements; officers who oppose the agreements greatly appreciated the move towards less federal oversight of policing.

Sessions also changed policies around federal sentencing. These changes are recognized by people on both sides of the aisle as disproportionately affecting minorities.

The changes demand prosecutors charge offenders with the highest possible offense and impose maximum sentences. This change removes the prosecutor’s ability to use his or her own discretion to serve justice best, and also to negotiate sentencing agreements.

Sessions also provided increased protection for employers who hire based on religious belief and only hire those whose behavior conforms with their religious ideals while removing protections against discrimination for LGBTQ individuals.

The DOJ under Sessions has also eliminated Obama era voting rights protections. Sessions supports states like Texas and Ohio in their efforts to discriminate against voters using voter identification legislation as well as efforts to purge people from voting rolls.

Kristen Clarke is the president and executive director of the National Lawyers’ Committee for Civil Rights Under Law. Clarke summed up the changes to the DOJ under Sessions in this way:

“We are seeing a federal government that is pulling back from protecting vulnerable communities in every respect. That appears to be the pattern that we are seeing with this administration — an unwillingness to use their enforcement powers in ways that can come to the defense of groups who are otherwise powerless and voiceless.”