The United States Blues
Home News Jeff Sessions Just Did Something He And Trump Swore They Would Never... 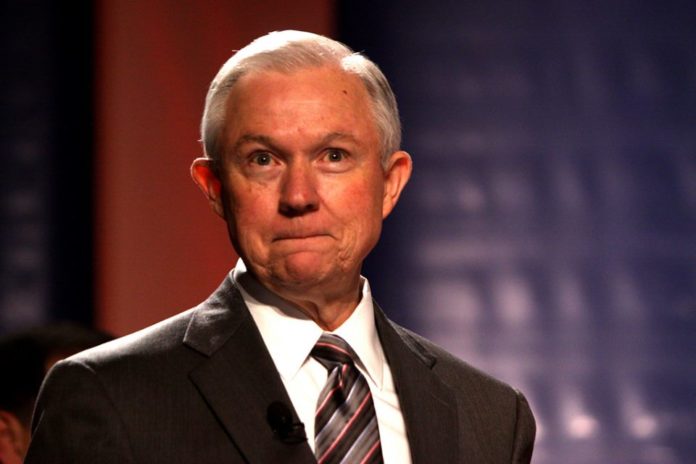 During the 2016 campaign, one of the hot-button issues Donald Trump used to frighten his core supporters and drive them to the polls was the issue of sanctuary cities, i.e., any city that limits its cooperation with the national government effort to enforce immigration law.

Once in office, Trump immediately signed an executive order which withheld federal funds from sanctuary cities, thinking he had finally fulfilled his campaign promise. But on Monday evening a federal judge permanently blocked that executive order, calling it “unconstitutional on its face.”

So, not long after U.S. District Judge William Orrick issued his ruling, the Justice Department, under Attorney General Jeff Sessions –who is also opposed to federal money going to sanctuary cities — began awarding grants to 36 American cities that the DOJ considers to be in violation of its calls for all cities to help the feds round up undocumented citizens.

In announcing the grants, Sessions trumpeted the cities that did agree to cooperate with federal authorities:

“80 percent of this year’s COPS Hiring Program grantees have agreed to cooperate with federal immigration authorities in their detention facilities.”

But it seems safe to assume that Sessions must have been gritting his teeth as he signed the paperwork which also cleared the way for money to be dispursed to sanctuary cities such as Austin, Chicago, Detroit, New York, San Francisco, and Seattle.

Chicago, it should be noted, is the city that filed suit against the Department of Justice that has resulted in the ruling from the federal court. Chicago is now eligible to receive $3,125,000 which will allow the city to add 25 officers to its force in the hope of better combatting gun violence.

So, much like the initial court losses by the administration suffered on the controversial travel ban executive order Trump signed, we see checks and balances working exactly as planned by the Founding Fathers. No doubt that enrages both Sessions and Trump, who have repeatedly shown their preference for authoritarian rule that borders on fascism.