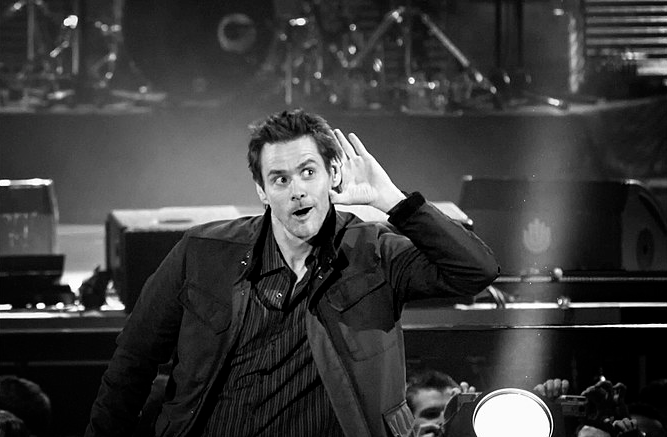 Actor and comedian Jim Carrey has been a fierce critic of President Donald Trump and his administration, and he doesn’t give a damn if he loses his right-wing fans over it.

Carrey has been particularly fond of expressing his political distaste for Trump and other Republican lawmakers and Trump officials through his artwork, which he has proudly displayed on Twitter for the world to see.

For example, here are a few of his most recent posts:

.@acosta has comported himself with remarkable restraint while dealing with this Imposter-in-Chief. But as people in Hollywood have long known — everything is harder when you’re working with animals. pic.twitter.com/5sQGaEgeeT

Guess who cut the funding for fire management in California then blamed the fires on mismanagement? How do YOU spell infantile?! pic.twitter.com/B0duHp8T1x

And now a Holiday Greeting from The White House. pic.twitter.com/T3tRYpq9W6

Carrey’s artistic flair has certainly gotten under the skin of Trump supporters, whose allegiance to Trump has resulted in Carrey losing fans while gaining many more.

During an interview with Vulture this week, Carrey explained that he doesn’t care if he loses fans over his political speech and expression. What matters more to him is honesty and being able to speak his truth.

He explained that his management originally warned him against speaking up.

“Well, it was interesting, because when I first started playing on Twitter, like everybody else I just got myself in trouble all the time because I was honest, which is a terrible thing to be on Twitter,” he said. “It was a little scary and I became kind of an activist when it comes to a lot of things that I was seeing, and there was a lot of pressure on me from my management and people in charge.”

“‘Don’t mess this up,’ they told Carrey. “‘You have goodwill in the world, people love you. If you start talking about politics or whatever issues you’re going to lose half your audience.'”

“And I say, lose them!” Carrey said. “You just have to go your own way and say your peace and truth, and that’s what I’m doing. It has turned into an incredibly beautiful thing, and I just feel so gratified.”

But Carrey makes sure he can’t go too far and takes a shot at Trump while explaining his Twitter strategy.

“The first thing I did, which I think was really smart, is I gave my Twitter to one of my assistants so that I wouldn’t make that rash choice in the middle of the night, like our president,” he concluded.

Trump could learn a thing or two from Jim Carrey.