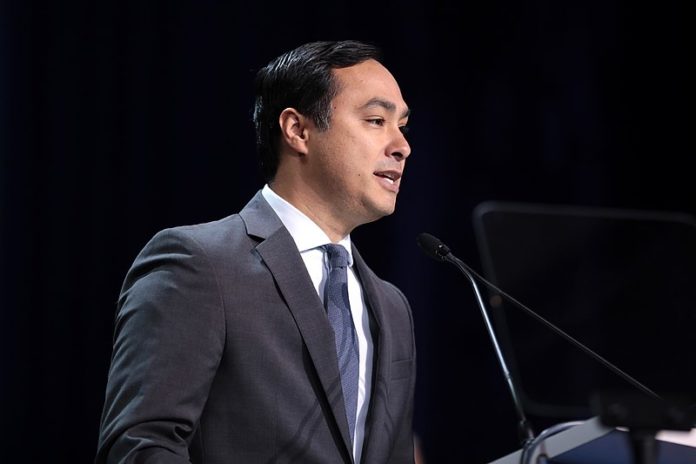 Congressional Hispanic Caucus chairman Rep. Joaquin Castro (D-Texas), the brother of Democratic 2020 presidential candidate Julian Castro, led a delegation to investigate what some have called “President Donald Trump’s concentration camps” on the border and were stunned by what they found.

Thousands of migrants have been placed in the camps, where they are mistreated and denied basic human rights.

Many don’t get the healthcare they need, nor do they get hygienic products such as toothbrushes, toothpaste, and soap. Many children have died while in custody separated from their parents.

Our border patrol system is broken. And part of the reason it stays broken is because it’s kept secret. The American people must see what is being carried out in their name. The @HispanicCaucus led a delegation of members of Congress to visit 2 border patrol facilities.

Here’s what we found:

At the El Paso Border Patrol Station #1, women from Cuba, some grandmothers, crammed into a prison-like cell with one toilet, but no running water to drink from or wash their hands with. Concrete floors, cinder-block walls, steel toilets.

Many said they had not bathed for 15 days. Some had been separated from children, some had been held for more than 50 days. Several complained they had not received their medications, including one for epilepsy. Members of Congress comforted them when the women broke down.

They asked us to take down their names and let everyone know they need help. They also feared retribution. We then went to the Clint Border Patrol Station that warehouses children and some parents.

The tents outside, used during the surge recently, were dark and surrounded by chain link fences. The showers — mobile units — were dank, dirty and only too small in number for the hundreds of people there just a few weeks ago.

And a boy, perhaps three years old, pressed his face against the dirty glass of a locked steel door. He smiled big and tried to talk to us through the thick glass. His family — or another — ate Ramen on the floor a few feet away.

There are many good agents — men and women working earnestly to care for the people in their custody. But they are overwhelmed in a system that is morally bankrupt and challenged by rogue agents whose culture was on full display in the Facebook group revealed by ProPublica today.

Castro also managed to take pictures and capture video footage inside the facilities.

This moment captures what it’s like for women in CBP custody to share a cramped cell—some held for 50 days—for them to be denied showers for up to 15 days and life-saving medication. For some, it also means being separated from their children. This is El Paso Border Station #1. pic.twitter.com/OmCAlGxDt8

Clearly, these camps are a blight on the United States and should be shut down immediately. Many Americans know that these camps are terrible places but Castro has provided just more evidence of that fact. There’s a special place in hell for those who treat human beings this way and this country needs our own Nuremberg trials to send them there.