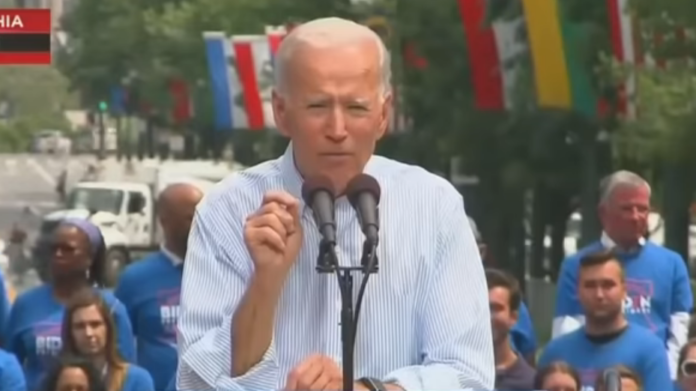 Saturday in Philadelphia, the birthplace of American democracy, former Vice President Joe Biden held the official kickoff of his 2020 race for the Democratic nomination, and he wasted no time calling President Donald Trump out for being a racist who wants to divide the nation for his own personal political gain.

Biden, who is leading head-to-head over Trump in every poll conducted (including Fox), made it very clear that his strategy is to attack his potential general election opponent where he’s weakest: On the issue of morality:

The antidote to Trump, Biden continued, is to unify the nation and heal the wounds inflicted by the current president:

It’s no wonder that Trump is reportedly so terrified of Biden. The former vice president doesn’t pull his punches and isn’t afraid to draw attention to the president’s immorality and self-serving policies. And that places Trump on defense, a position he isn’t used to operating from and doesn’t excel at.

You don’t beat Donald Trump with policy papers and kindness. You beat Trump by pointing to his innumerable flaws as a human being and asking: Aren’t we better than this?