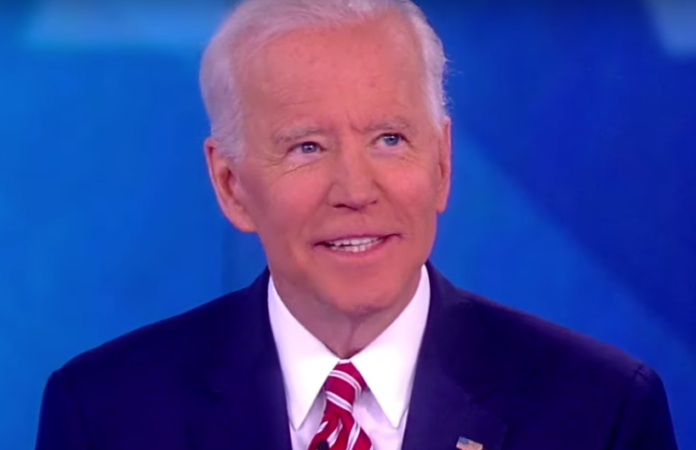 Former Vice-President Joe Biden demonstrated why President Donald Trump fears him on Friday when he explained why he entered the race during an interview on “The View”.

Biden officially threw his hat in the ring and kicked off his campaign on Thursday morning, immediately impacting the crowded Democratic field.

Trump, of course, has been frantically attacking Biden because in a hypothetical 2020 match-up Biden wins against him according to the polls.

And it’s easy to see why since many Americans are nostalgic for the Obama years, during which Biden served as second in command.

During an appearance on “The View” the day after making his announcement, Biden got the opportunity to explain why he entered the race and said this election is a battle for America’s soul.

“This is not who we are, the way we’re treating people,” Biden said. “It’s not who we are as a nation — when we’re talking about things like ‘the reason for your problem is the other.’”

Biden then reminded everyone of Trump’s Charlottesville remarks in which he called neo-Nazis “very fine people,” remarks Trump doubled down on just before Biden made his appearance.

“I wrote an article at the time in The Atlantic magazine, back when Charlottesville happened, saying ‘this is not who we are, there’s an American creed, it’s about decency, honor, including everyone, leaving no one behind,’” Biden continued. “The idea to compare these racists, and not condemn them and neo-Nazis, and compare them to people who are genuinely decent Americans coming forward and saying ‘stop this.’ I don’t remember that ever happening in an administration before, in well over 100 years.”

Biden concluded by pointing out that the rest of the world is shocked by how far America has fallen.

“I traveled around the world an awful lot as vice-president and since then I have as well,” he said. “The rest of the world, I mean, they look at us like ‘my God.’ We’re not led merely by the example of our powers, but the power of our example.”

Biden also made a pitch to blue-collar workers who voted for Trump in 2016.

He observed that Americans take many kinds of workers for granted and that we end up treating them poorly as a result. So, not only are many Americans in thankless jobs, they have to worry about whether they can provide for their families because those jobs are not giving them enough financial security.

“This president has done nothing to help that group of people,” he concluded.