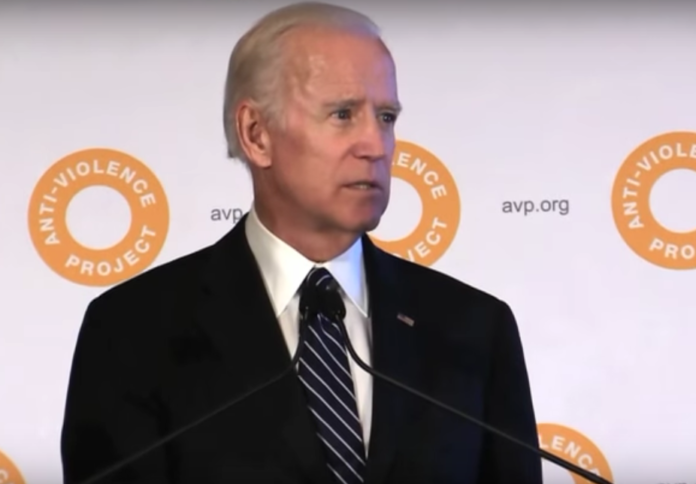 Former Vice-President Joe Biden may not be in office anymore, but he is still fighting to make America a better place for everyone.

As the #MeToo movement continues to sweep the country, Biden wrote an op-ed for The Washington Post praising the women who have come forward with their stories and called upon Congress to pass federal sexual assault legislation to give women more power to fight back.

Biden began by explaining that within the Violence Against Women Act that he sponsored over 25 years ago, there existed a civil rights remedy the allowed women to file lawsuits against their abusers and sue them in court.

“I wanted to empower women to stand up for themselves no matter where they lived,” Biden wrote.

“Congress needed to open the elite federal courts and give women the control they deserved to get their truth heard. When police and prosecutors fell down on the job, a woman and her lawyer could step in; she could sue in federal as well as state court for damages for her injuries or to vindicate her name. Attorneys had incentives to bring such cases, because if the woman won, they could recover the costs of their time and the suit.”

But the conservative-leaning Supreme Court struck down the provision and women have had to rely on law enforcement and prosecutors who may or may not be biased against them to seek justice ever since.

The #MeToo movement is not just about coming forward to out abusers. It’s about fighting to be believed by police and prosecutors when they speak up. Sadly, many cases slip through the cracks because victims are not believed. Not because there isn’t evidence, but because of what the woman is wearing or whether she accepted a date or drank alcohol. These biases are the reason why many women have remained silent after being assaulted. They fear they won’t be believed by the very people who are supposed to protect them.

Biden wants that to change, so he is once again calling upon Congress to pass this civil rights remedy into law so that every woman across the country can tell their story in court even if prosecutors refuse to do so.

“If Congress can regulate cars and stock certificates even when they don’t cross state lines, if it can regulate local workplace conditions, surely it can regulate something that deprives women of education and jobs across the nation,” Biden wrote. “The federal civil rights remedy was never a complete solution, but it stood for a vital principle about women’s equal rights. If that remedy existed today, sexual assault survivors could sue in federal court to defend their names, receive lost wages or recover damages.”

Women can already sue their abusers in court in some states, but not all states. That’s why there needs to be a federal law.

Biden conceded that this won’t solve sexual assault on its own, but it would give women the power to fight for themselves when the criminal justice system fails them. And sexual predators would no longer be able to get away with their crimes entirely.

“While there is no one solution to the problem of sexual assault, the Violence Against Women Act’s civil rights remedy can offer survivors a way to take back at least some of what they have lost. They deserve more — but certainly no less.

Congress should return to the federal civil rights remedy, improve and expand it if necessary, and fill the gaps the court found fatal last time around.”

Congress should work to make Biden’s proposal a reality. But Republicans have been reluctant, to say the least, to endorse the #MeToo movement, especially when victims come forward with allegations against a Republican lawmaker or candidate. Of course, their refusal to believe women who come forward with these allegations is the very reason why we need the legislation Biden is proposing.

This really should be a bipartisan effort that both parties can agree on. The only question is will Republicans stop waging war on women long enough to do the right thing for once.