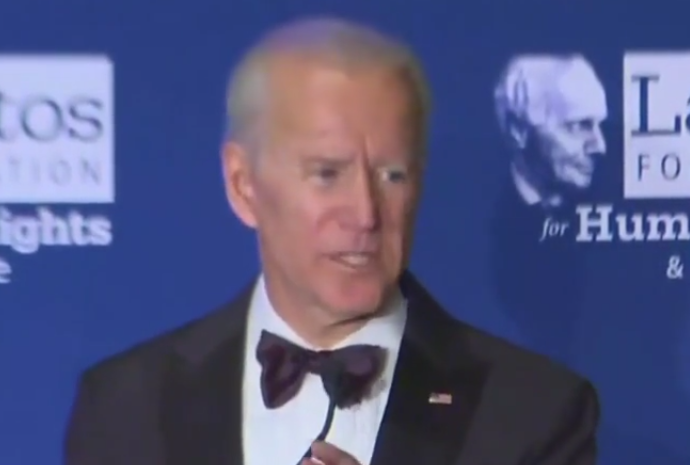 Ever since Trump became president, anti-Semitic incidents and other hate crimes have increased in number, culminating in a mass shooting at a Pittsburgh synagogue in October in which eleven parishioners were murdered, including a woman who survived the Holocaust.

It’s just the latest example of how Trump has incited hate and violence in this country, and Biden was not going to let Trump off the hook for it.

During an appearance at the Lantos Foundation for Human Rights & Justice on Wednesday evening, Biden lamented that the soul of our nation is under attack.

“We are in a battle for the soul of this nation,” Biden said. “We have to recognize trend lines are moving in the wrong direction. Earlier this year, the anti-Defamation League published a report of anti-semitic incidents had rose nearly 60% alone in 2017. The largest one-year increase since they started keeping records in 1970. That’s not an accident. It’s not an accident.”

Indeed, it’s not an accident. The sharp rise occurred after Trump took office. Trump has repeatedly refused to condemn white nationalists throughout his first two years in office, even after a white nationalist murdered a woman in Charlottesville last year. Trump blamed “both sides” for the violence and called the white nationalists “very fine people.”

Trump has been pandering to white nationalists since he announced his presidential campaign, and his rhetoric has incited violence and hate across the country, something Biden pointed out will hurt our children in the years ahead, which is why we need to stand up to him and the hate.

“Our children are listening,” Biden said. “They’re watching and the words of our leaders matter. We cannot remain silent. We cannot be complicit.”