The United States Blues
Home Elections Joe Biden: If Trump continues to obstruct Congressional oversight, he should be... 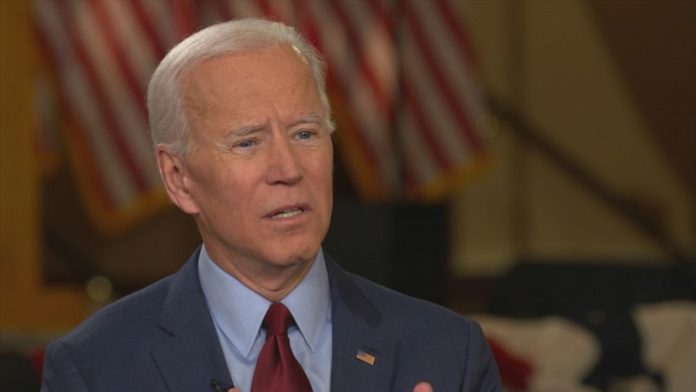 Former Vice President Joe Biden said Tuesday that Congress should indeed move to impeach President Donald Trump if he continues to try and block investigations by congressional committees that are looking into issues “left undone” by the report from Special Counsel Robert Mueller.

Appearing on ABC’s “Good Morning America,” Biden, who is seeking the 2020 Democratic nomination, said he believes Democrats in the House would have “no alternative” but to begin impeachment hearings if Trump remains recalcitrant and refuses to let administration officials testify or turn over documents that have been requested by committees performing their oversight duties:

“There are elements of the report … about seven or eight things that are left undone, he was not within his purview to investigate, he thought. The Congress is attempting to take that up.

“If in fact they block the investigation, they have no alternative but to go to the only other constitutional resort they have, [which] is impeachment. But my job, in the meantime, is to make sure he’s not back as president of the United States.”

“If in fact they block the investigation, they have no alternative but to go to the only other constitutional resort they have, [which] is impeachment.” https://t.co/YS6D0nsVmt pic.twitter.com/KUqWzPHZ7v

Biden is the latest 2020 Democratic candidate to suggest that impeachment may need to be explored. Senator Kamala Harris (D-CA) said at a town hall last week that she’s ready to see impeachment hearings begin immediately:

“We have very good reason to believe that there is an investigation that has been conducted which has produced evidence that tells us that this president and his administration engaged in obstruction of justice. I believe Congress should take the steps toward impeachment.”

Trump is under increasing pressure on both the legal and political front. He is trying to keep his income tax returns from investigators and recent polls show that if the election were held today, Trump would lose badly if Biden.