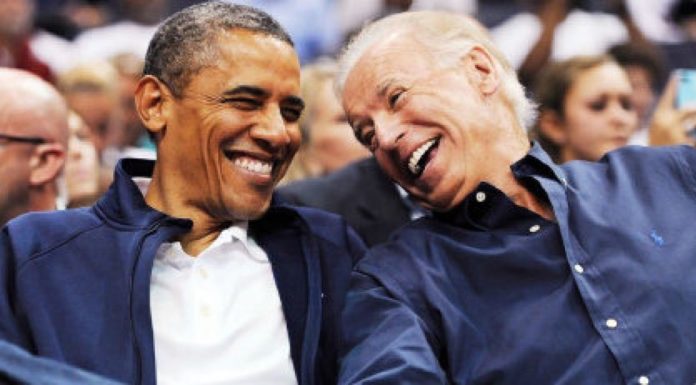 President Donald Trump loves giving his opponents nicknames, but his strategy appears to have backfired badly on him because former Vice President Joe Biden — who is running for the 2020 Democratic nomination — raised the stakes Saturday in South Carolina by giving Trump an apt moniker he’ll be hard pressed to shake off.

Trump has been referring to Biden as “Sleepy Joe,” and a voter asked the former VP what his nickname would be for the president. Biden replied:

“There’s so many nicknames I’m inclined to give this guy. You can just start with clown.”

Biden then went on to add that Trump wants to make the 2020 race about insults and name-calling because he can’t win on the issues. And that, Biden noted, is a game he won’t play with the president:

“On every single issue and on every demeaning thing he says about other people, I have no problem responding directly. What I’m not going to do is get into what he wants me to do. He wants this to be a mud wrestling match.”

The former vice president also made the case for himself on the issue of foreign policy:

I think, whether I’m right or not, I know as much about American foreign policy as anyone around, including even maybe Kissinger. I say that because I’ve been doing it my entire adult life.”

And Biden also said he regretted a past statement he’d made about if he’d been in high school with Trump, he’d have taken him around back and “beat the hell out of him.”

“Well guess what? I probably shouldn’t have done that,” Biden said Saturday, “I don’t want to get it down to that level. The presidency is an office that requires some dignity.”

Why did Biden decide to seek the White House in an election that promises to one of the nastiest in history? He said his grandchildren played a big role in his choice. One of them, “Little Hunter,” told his grandfather:

“‘Pop, you have to run Pop Pop, I know it’s going to be mean, they’re going to say bad things about Daddy.'”

“My generic point is they know how tough it’s going to be.”

It would appear that Joe Biden is tough enough to endure whatever gets thrown at him and even return the jabs that are going to be coming from Trump.