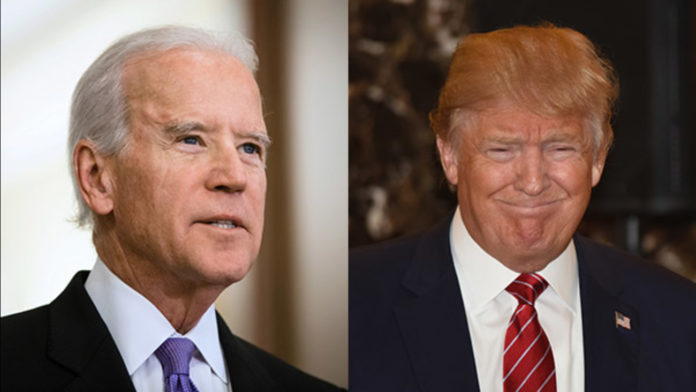 Former Vice President says Donald Trump’s racism is evident in the way he talks about and treats immigrants in an op-ed published Monday in the Miami Herald.

Biden begins by noting that just last week Trump again tried to use the issue of those seeking asylum in the United States to score political points:

The former VP goes on to remind readers that Trump has called immigrants “animals,” adding:

“Under Trump, there have been horrifying scenes at the border of kids being kept in cages, tear-gassing asylum seekers, ripping children from their mothers’ arms — actions that subvert American values and erode our ability to lead on the global stage.”

Such language and actions, Biden writes, also empower other nations that are seeking to gain influence in Latin America:

“Add to that Trump’s badgering Mexico with the threat of tariffs, flinging insults at vital partners such as Colombia and callously limiting the ability of Cuban Americans to reunite with and support their families in Cuba, and the administration’s Latin America policy, at best, is a Cold War-era retread and, at worst, an ineffective mess. Trump’s failures in the region are even more dangerous because China and Russia are becoming increasingly active in the Americas — and that is before we address the simmering crises in Nicaragua, Haiti, Honduras and elsewhere.”

As for the president’s promise of a wall on the U.S.-Mexico border, Biden burns that notion to the ground, too:

“It won’t stop the flow of illegal narcotics or human trafficking, both of which come primarily through legal ports of entry. Nor will it stop asylum seekers fleeing the most desperate conditions imaginable and who have the right to have their cases heard. Nor will it stem the numbers of undocumented, most of whom overstay legal visas. After four years of Trump taking a wrecking ball to our hemispheric ties, experienced and respected U.S. leadership will be vital to repairing cooperation and addressing shared regional challenges.”

There are a million and one reasons that Donald Trump needs to be booted from office in 2020, but as Biden notes, the most immediate is the way he vilifies those who are seeking their share of the American dream.