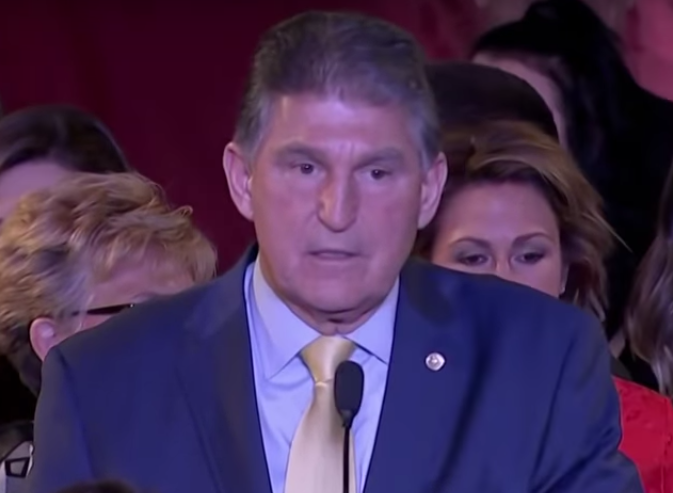 President Donald Trump’s $250 billion deal with China back in 2017 is only now being seen for the fraud it is by Senator Joe Manchin (D-W.V.) after an $83.7 billion investment in his home state failed to materialize.

As part of Trump’s deal, the China Energy Investment Corp. pledged $83.7 billion for a project Governor Jim Justice promised would see shovels in the ground in the next year. Well, that didn’t happen, making the Republican who ran as a Democrat a liar. And even Manchin is now waking up and doing the math.

“In West Virginia, they came and signed a [Memorandum of Understanding] for $83 billion, and I repeat, $83 billion over 20 years,” Manchin said during an energy hearing in the Senate last week. “When you put that in comparison to the state budget of West Virginia, our state budget only goes over $4 billion a year, so something doesn’t make sense here, and we cannot find out what their intent is.”

Indeed, the deal is basically a secret, which should raise even more alarm bells.

According to Reuters at the time:

[M]any of the deals were packaged as “non-binding” agreements, gave scant details or rolled over existing tie-ups, helping pump up the headline figure.

“I am somewhat skeptical of such a large number,” Alex Wolf, senior emerging markets economist at Aberdeen Standard Investments, told the Reuters Global Markets Forum, adding that the overall tone of the visit so far had been “positive”.

“I suspect they might be primarily MOUs (memorandum of understandings) instead of actual contracts and the actual contract amount may be substantially less.”

Of course, Manchin originally didn’t give a damn about the shady math when he supported the deal in the first place as long as “it’s for capital expenditure.”

But it certainly appears that China is only after the state’s energy resources, and now Manchin is all of a sudden concerned.

“If it’s for removing resources such as the ethane, propane, butane, and taking a commitment of taking all of our wet gas, which we use as a building block to reinvigorate our petrochemical base, then I would hope for the officials in my state of West Virginia that that is a nonstarter,” he said.

Basically, it sounds like Trump sold West Virginia to China and Manchin was so busy burying his nose up Trump’s a** to make himself look like a centrist Democrat that he didn’t notice the rug getting pulled out from under him. Thoughts and prayers.