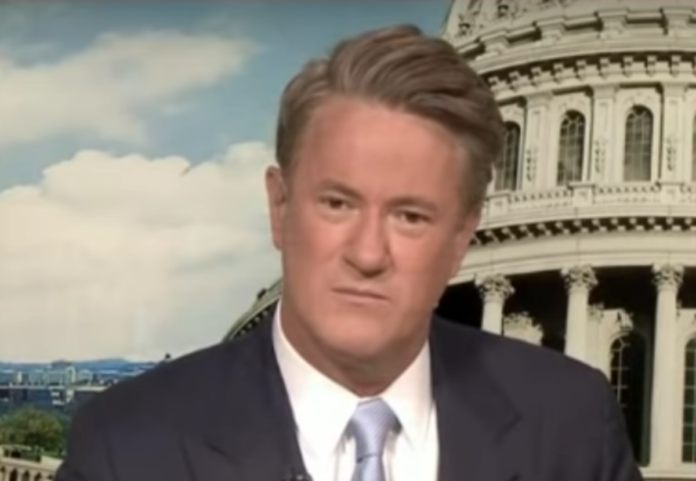 Morning Joe host Joe Scarborough took aim at Fox News on Friday for scaring their conservative audience on a daily basis about the “caravan” of Central American migrants who are marching to the southern border.

Made up mostly of women and children fleeing violence and political upheaval in their homeland, the caravan has been hyped up by President Donald Trump and his propaganda machine as an “invasion” by criminals and terrorists who are supposedly coming to take our stuff.

It’s a desperation ploy to scare conservatives into voting on November 6th.

And Fox News is doing this all while largely ignoring the bombs that have been sent to Trump’s political opponents and critics.

Seriously, Democrats and the media are being targeted by domestic terrorists and Fox News thinks it’s the caravan that Americans should be scared of.

“Fox News, they’re doing it around the clock,” Scarborough said after slamming Homeland Security Secretary Kirstjen Nielsen for going to the border to perpetuate the unfounded fear instead of being more concerned about the terrorist plot against Democratic leaders, former presidents and journalists. “You look at the tweets of people, Michael Steele, that we both know and we both like and we both used to respect and they’re tweeting about the imminent invasion, showing mobs of — hold on, mobs of what? Mobs of nonwhite people, the others — the others are coming to get us.”

Indeed, Trump is playing on conservative fears to get them to the polls, and Willie Geist observed that Trump will likely forget all about the issue the day after the election. That’s because the caravan poses no real threat as Scarborough would point out.

“We have to send troops to the border, we’ve got to close the border,” he continued, mocking Trump and Fox News. “Jesus, help. Wait, what? They’re over a thousand miles away, and they — wait, what? They may not be here until December? Hold on, what? Only 12, only 12 tried to cross the border the last time?”

Again, Scarborough is right. A caravan of migrants has marched to the border before. And only a handful of them actually tried to cross the border. A real invasion would overwhelm border patrol and pour over the border, but that’s not the case.

Rather than be scared of the migrants, Scarborough said conservatives should be scared of losing Medicare and Social Security, which Republicans have vowed to slash to pay for tax cuts for the rich if they retain control of Congress.

“They went after your health care, and Mitch McConnell said they’re coming after your Social Security and your Medicare to pay for tax cuts for the rich,” he concluded. “That’s what’s happening in your life, whether you’re in Georgia or central Florida, or whether you’re in Iowa. That’s what’s happening in your life, and they don’t want you to know that. So guess what they’re doing? They’re talking about brown people that are coming and they’re going to the take over your town, because they think you’re stupid.”

Whether Trump’s scheme will work or not remains to be seen, but the hypocrisy and complicity of Fox News is on full display 24 hours a day, seven days a week, for all to see. If their viewers are incapable of seeing right through their bullsh*t to notice the real threats to their lives and livelihoods, then maybe they are truly stupid.