The United States Blues
Home News Joe Scarborough: Trump Is A ‘Quivering Coward’ For Caving To Dictators Around... 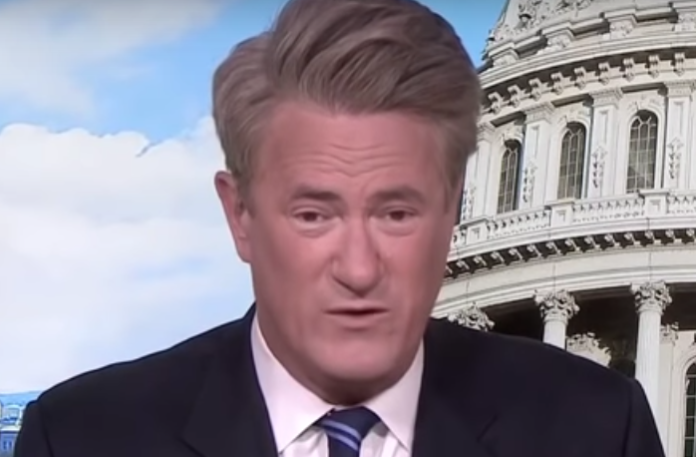 Morning Joe host Joe Scarborough took President Donald Trump to the woodshed on Thursday for cowardly caving to dictators around the world.

Trump’s decision to surrender the battlefield in Syria to ISIS has been under fire by Democrats and Republicans and even Fox News because it appears Trump is only doing so because Russia and Turkey told him to do it.

The move resulted in Secretary of Defense James Mattis resigning in protest as our enemies cheer.

Our position in the Middle East is now severely weakened as Russia, Turkey, and Iran move in to fill the vacuum, and that’s on top of North Korea demanding the United States remove our forces from South Korea and Japan before Kim Jong Un even thinks about denuclearization.

Trump even demoralized our troops fighting in war zones by attacking his political opponents and attacking our allies, claiming that America won’t fight unless we are paid do so, reducing the American military to mercenary status as if their skills are for sale to the highest bidder.

If it wasn’t clear before, it’s definitely clear now that Trump is weak and he’s getting humiliated on the international stage by brutal dictators, damaging United States foreign policy and our national security in the process.

Scarborough began by pointing out that other leaders never attacked their political opponents while visiting the troops. He also slammed Trump for lying about a fictional pay raise for the troops.

“More dangerous than that are his policies that will put those troops and really you and me and all Americans in greater danger,” he continued. “We used to fight ISIS and terrorists in Syria and other places across the globe so we wouldn’t have to fight them here at home.”

“Things are changing under Donald Trump,” Scarborough said. “U.S. leaders once stood up to bullying threats from tyrannical thugs, from Turkey or from Russia. But now, it’s not even close.”

“Last week, it’s sad to say, our president caved like a quivering coward by threats coming from Turkey’s thuggish leader, Erdoğan,” he pointed out. “Donald Trump bailed out on our allies and he ran off his beloved defense secretary all in response to a threatening phone call from the leader of Turkey. Are you kidding me?”

Scarborough then blasted Trump for hypocritically attacking former President Barack Obama’s foreign policy when his own policy truly is one of retreat and leading from behind.

“Donald Trump attacked Barack Obama’s foreign policy approach of leading from behind for years, but now we have a weak president who is in full retreat across the globe and he has gifted the Middle East to Russia, to Iran and to ISIS. It just seems to me that we aren’t the suckers after all, Mr. President — you are.”

“It’s the intervening madness that we see every day, including yesterday where he did something right ,” Scarborough concluded. “Even in doing something right, he figures out a way to sow chaos. That creates more crises for our troops and for our diplomats and for our allies, and they’ll be forced to deal with that chaos until the day that Donald J. Trump exits the White House for good.”

Frankly, our nation, troops and allies will be dealing with the chaos created by Trump’s decisions for decades, and will cost even more treasure and blood, including lives lost on our own soil due to his irresponsibility and failure.