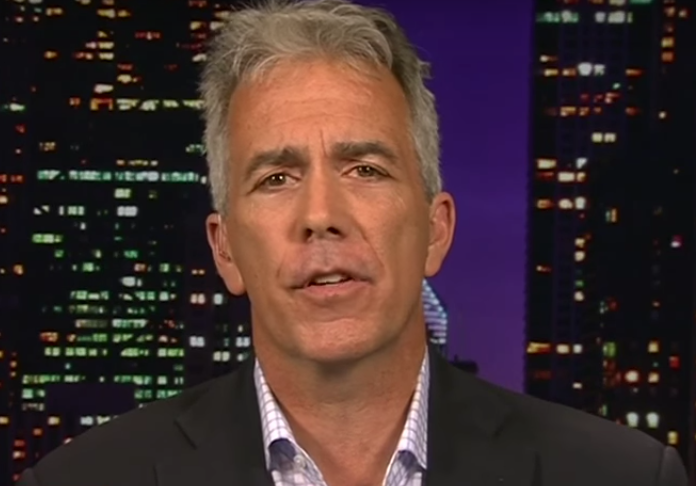 Former Republican congressman Joe Walsh may be considering challenging President Donald Trump in a primary to become the 2020 nominee for his party after being urged to do so on Twitter.

Walsh, who served a term in Congress representing Illinois before being defeated in 2012 by now-Senator Tammy Duckworth (D-Ill.), is a noted critic of Trump and often slams his pathological lying.

And that’s exactly what he did again on Friday.

His entire life is a lie. He lies on purpose. He lies all the time, every day. Lying is how he’s survived. Without lying, he’d be a nobody. Or in jail.

We’ve never seen anything like it. Sadly, his cheerleaders in the media and his supporters know this. But they don’t care.

One of Walsh’s followers then suggested that he challenge Trump.

Joe, why don’t you run as a Republican challenger to him? You have pure conservative ideals, you would get the support of the never Trumpers, and I’d love to see you debate him. I know it can’t really happen,but it would be nice to see a real conservative run for highest office.

Of course, former Massachusetts Governor Bill Weld is already running as a primary challenger against Trump, but Walsh definitely seemed open to the idea of entering the race himself.

Thank you my friend. Trump should be challenged in the primary. And it should be an honest, decent, principled conservative challenge. https://t.co/VfFkLQHuo1

Walsh could be a threat to Trump if he were to run, but he probably wouldn’t win, especially since the Republican Party is trying to make Trump’s nomination automatic. But he could run as a third party challenger like Rep. Justin Amash (R-Mich.) is considering.

The question is whether these “principled” conservatives are principled enough to take their stand and actually run against him?

Because if they do run third-party challenges, they could split the Republican vote enough for the Democrat to win and help bring sanity back to our government. By helping to kill the Republican Party, they can help it rebuild and excise the extremists who took it over.