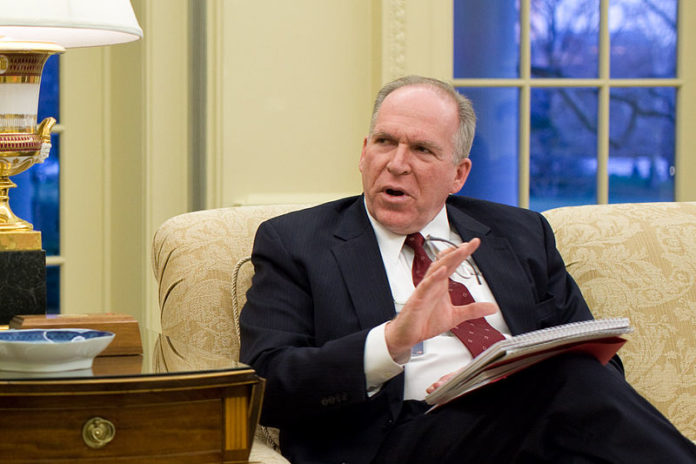 President Donald Trump’s new legal strategy is to desperately claim that the campaign finance felonies he coordinated and directed through his former lawyer Michael Cohen is nothing but a “civil case” before placing blame on Cohen, resulting in mockery from former CIA Director John Brennan.

For the week or more, Trump has been lashing out at the Russia investigation and Special Counsel Robert Mueller, especially in the run-up to new court filings that reveal Trump is an unindicted co-conspirator who had been implicated in two campaign finance felonies stemming from his hush money payment to Stormy Daniels to keep her silent about an affair he had with her ahead of the 2016 Election.

Trump failed to disclose the payment on campaign finance filings, which is illegal, and now Trump is trying every excuse in the book to evade justice, including throwing Cohen under the bus and bringing up former President Barack Obama.

The problem is that Trump coordinated with and directed Cohen to commit the felonies and clearly the payment was not done correctly. That’s why federal prosecutors were able to drop the bombshell filing on Friday.

Trump has been getting trashed ever since, and even Brennan took to Twitter on Monday morning to mock him.

Whenever you send out such inane tweets, I take great solace in knowing that you realize how much trouble you are in & how impossible it will be for you to escape American justice. Mostly, I am relieved that you will never have the opportunity to run for public office again. https://t.co/JzB6YH8C6H

Indeed, Trump knows the hammer is about to drop on him, which is why he is lashing out and placing blame. He refuses to take responsibility for his actions, but he’s only making things worse for himself as Americans witness his utter desperation.