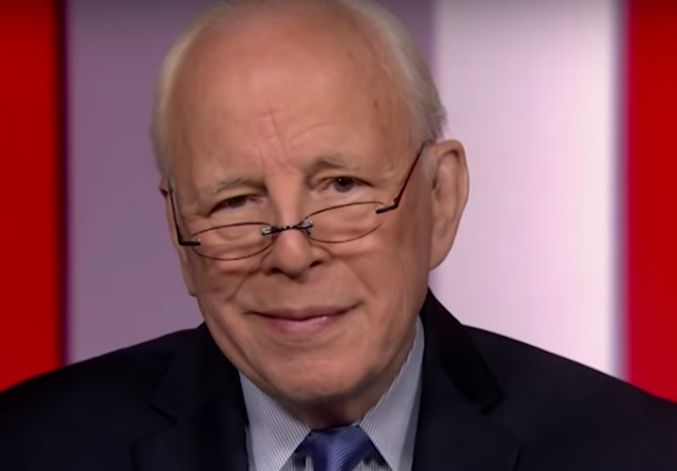 President Donald Trump likes using nasty nicknames to attack his opponents and critics, but Americans turned the tables on him on Saturday night when former White House counsel John Dean called upon them to do so.

Trump spends most of his time trying to come up with names he can stick to his political rivals, so much so that he is often distracted at meetings.

This kind of playground bullying is so pervasive that Dean asked Americans to come up with a nickname that sticks on Trump. In other words, to fight fire with fire.

Haven’t we been too long in not giving Trump a meaningful moniker? Should it be: George’s “Deranged Don”? “Demeaning Don”? “Deadbeat Don”? “Demagogue Don”? Thoughts please? Comments? We’ve got to give this jerk some of his own treatment. And soon!

And they did not disappoint.

My seven year-old has been calling him “Tunnel Dump” for three years, so we’ve pretty much stuck with that.

I’ve been using #DimwitDon for awhile. After all, this is a guy who, among other things, thinks tariffs he imposed are being paid by China rather than by American importers.

I’ve been referring to him as “assface” but I know that’s not particularly clever or catchy.

Yeah, I can’t seem to bring myself to call him anything but m*ther f#cker😒

His name is forbidden in my household, so we have a rotating list of monikers for him. The latest popular one is Agolf Twittler.

But my favorite remains #IgnoranusInChief
A perfect descriptor for @realDonaldTrump
Illiterate, ignorant & a total asshole pic.twitter.com/rGWv6W2BiI

#BillionDollarLoserDonald totally works for me. ☺️

I have dozens
You pick
He wants to be an Emperor?
Fine but he must be called #FullofShiticus pic.twitter.com/7JgmMpYGo2

But in the end, there could only be one winner, and it had already gone viral by the time Dean posted his plea.

#Brokeahontas is apt: it attacks #Trump‘s greatest sensitivity, his wealth; rebounds his own jibe against Warren -and comes from nemesis, Bill Maher. We know he gets under #Trump‘s thin skin.

Trump will come up with at least one insulting name to call each of his opponents, but they already have a litany of names they can sling right back at him. And he’s not going to like any of them.