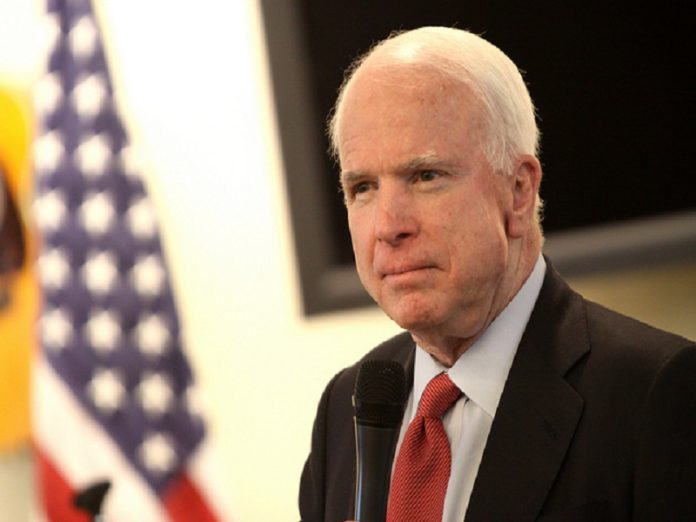 In a seemingly never-ending quest to surround himself with people as amoral and repugnant as himself, President Donald Trump named Gina Haspel to replace Mike Pompeo as Director of the Central Intelligence Agency (CIA).

Haspel, notorious for her role in overseeing one of the CIA’s black-site prisons in Thailand, will now preside over an agency already known for its questionable tactics and that has Senator John McCain (R-Ariz.) very worried.

McCain slammed Trump’s decision to nominate Gina Haspel to head the agency, saying she was involved in “one of darkest chapters in American history.”

The torture of detainees in U.S. custody during the last decade was one of the darkest chapters in American history. Ms. Haspel needs to explain the nature and extent of her involvement in the CIA’s interrogation program during the confirmation process.

McCain knows all too well about the horrors of torture from his time spent as POW in the Vietnam War. He was vigorously opposed to the George W. Bush administration’s use of torture in the war on terror, saying that they “squandered precious moral authority” to get intelligence in the wake of the 9/11 attacks.

Aside from the vote in the House and the Senate to authorize Bush to declare war on Iraq and Bush following through to commit one of the greatest foreign policy disasters; lying about weapons of mass destruction, the Bush Administration will forever be tainted for sidestepping the Geneva Convention, with the CIA instituting an enhanced interrogation program akin to torture that would make Tomás de Torquemada blush.

But now that we have one of the worst offenders at the helm of the CIA is as terrifying as it is disgusting.

Even though he will most likely confirm Haspel, we should still offer kudos to Senator McCain for being one of the few voices of reason in a party that’s borderline treasonous.