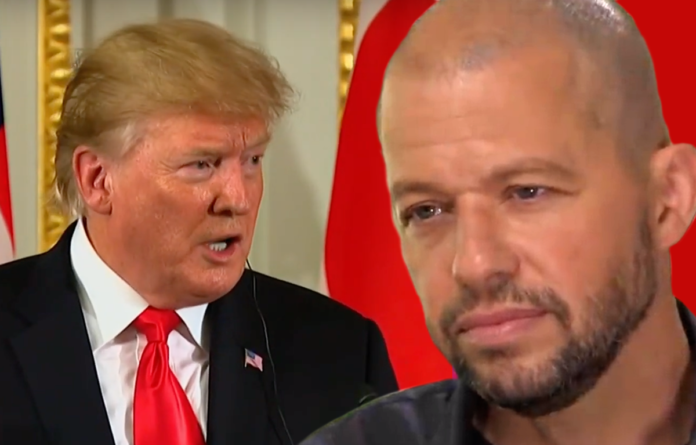 Many Twitter fans know Jon Cryer, the actor, comedian, and television director, as one of the most outspoken and active critics of Donald Trump on social media. Today he’s among the ever-growing number of voices calling for impeachment. So when one Twitter user decided to claim it was all about hurt feelings rather than facts, Cryer was all-too-ready to provide a list of reasons.

The list includes relatively new incidents aside from the list of ten incidences of obstruction of justice in the redacted Mueller report. After all, it seems Trump just can’t help himself by providing more reasons for impeachment almost daily.

Since 2018, Cryer has had the tweet below pinned to the top of his page, with important reasons that Trump is unfit to be President, from tax fraud to obstruction, to breaking federal election law. Then, of course, you have to consider that multiple women have accused him of sexual assault. This was all well before Mueller’s heavily redacted report was released on April 18, 2019.

And 19 women claim he sexually assaulted them or worse.

Have a great day!

On Thursday, Cryer posted the following statement, explaining that Trump has already committed more impeachable offenses since Mueller’s report came out. Cryer suggests that even the Republican-controlled Senate may have to admit that Trump is far beyond the impeachable point and it just gets worse every day.

He has committed more impeachable offenses SINCE THE MUELLER REPORT

By the time it goes to the Senate it may be impossible for them NOT to remove him.

That’s when a critic on Twitter calling himself “The Book Commander” responded to Cryer, stating:

“I would love to see an actual list. Hurting your feelings isn’t impeachment material.”

Cryer seemed to jump at the chance to respond with a thread of facts just off the top of his well-informed head.

These are just a few off the top of my head. (Thread) https://t.co/xdybH9gwsa

1/First of all, remember that impeachment is a political process, not a criminal one. Impeachable offenses are not necessarily criminal offenses but abuses of presidential power. Abuses that contradict his oath to uphold the constitution

2/Yesterday it was reported that the president inserted himself in the US Army Corps of Engineers bidding process on the border wall to favor a company that is headed by a large GOP donor. This is a subversion of the process & a corrupt abuse of power & an impeachable offense.

3/In April, two outlets confirmed Trump had urged a senior DHS official to ignore a judge’s order & then mentioned his pardon for Judge Arpaio, implying he’d provide a presidential pardon if the official faced legal consequences. This is an abuse of power & an impeachable offense

4/Just days ago, The White House ordered Don Mcgahn, former WH counsel to refuse a congressional subpoena. Mcgahn is currently a private citizen and Trump has no legal authority to withhold Mcgahn’s presence. This is obstruction of justice and an impeachable offense.

5/In January, just before testimony of Trumps former lawyer Michael Cohen, Trump tweeted that Cohen’s Father-in-law should be investigated. This was clearly a ham-fisted attempt to intimidate Cohen from testifying. This is obstruction of justice and it is an impeachable offense.

6/Trump’s Washington hotel is a massive conflict of interest as foreign countries, businesses and lobbyists book extensively while they have business before the president. This is a violation of the emoluments clause of the constitution and an impeachable offense.

7/Every time Trump visits one of his own properties, taxpayer money is being paid directly to him for security, lodging, expenses etc. He also benefits greatly as these trips promote his properties. This is a violation of the domestic emoluments clause & a corrupt abuse of power.

8/And you guessed it, an impeachable offense.

9/This list is by no means comprehensive and it omits the 10 incidents of obstruction of justice that are in the Mueller report. Those same incidents that caused over 1000 former federal prosecutors to sign a statement that Trump would be indicted if he were a private citizen.

The Book Commander responded with his own blog post, saying he remained unconvinced of “evidence of impeachable wrongdoing,” by Trump, who he considers a “great President.”

Rather than trolling Cryer, he says he respects Cryer for having an opinion, although he still disagrees. He was surprised Cryer “actually presented a list of reasons to back up his statement.”

“I leave this experience with a newfound respect for Jon Cryer,” he wrote.