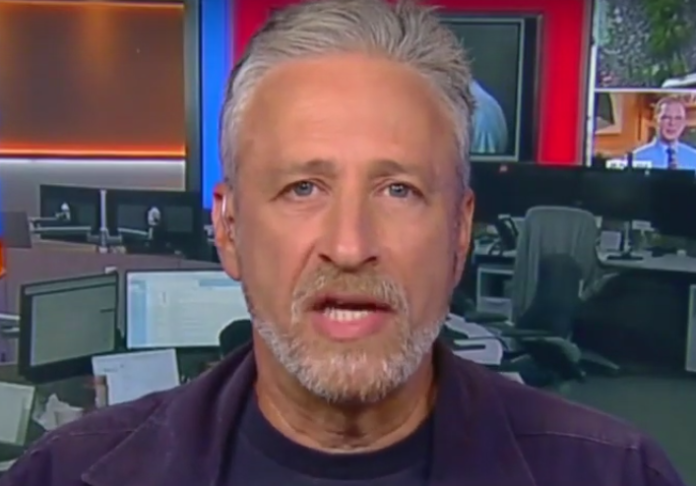 Former Daily Show host Jon Stewart is back in the national spotlight for an incredibly noble cause, fighting for the renewal of the 9/11 fund for the first responders. And during a Fox News interview on Sunday, he took aim at Senate Majority Leader Mitch McConnell (R-Ky.).

Stewart gave Congress a tongue lashing last week for not taking the bill seriously enough because the fund is running out of money and 9/11 first responders are dying of cancers caused by the time they spent trying to save people after the towers fell.

The full House is expected to pass the legislation by a wide margin led by the Democratic majority. But the Senate is a completely different and more difficult hurdle because Republicans are in control and they have been historically reluctant to spend money on healthcare for our heroes.

Rather than waste his time yelling at Senate Republicans, Stewart took the fight to their conservative constituents by going on Fox News to publicly call out McConnell.

“Yes, I mean, not me personally, but in terms of getting the 9/11 bills passed, Mitch McConnell has been the white whale of this since 2010,” Stewart responded. “They asked Mitch McConnell about the testimony after it was done. He said, ‘Gosh’ … I believe he used the word ‘gosh’.”

“‘Gosh, we haven’t looked at that in a while but we will look at it and I’m sure we’ll deal with it as compassionately as we have in the past’,” Stewart said McConnell stated.

He then mercilessly ripped McConnell a new one.

“I want to make it clear that this has never been dealt with compassionately by Senator McConnell,” Stewart concluded. “He has always held out until the very last minute and only then, under intense lobbying and public shaming has he even deigned to move on it.”

Surely, conservatives support taking care of those who risked their lives trying to save Americans on 9/11. Regardless of how they feel about Stewart, they should all be able to agree that his cause is a good one and should be supported unanimously by Congress and immediately signed into law. We owe these heroic first responders a lasting debt of gratitude for what they dd that day. The least we can do is make sure they get the care they need. It’s time to once again shame McConnell into doing the right thing.