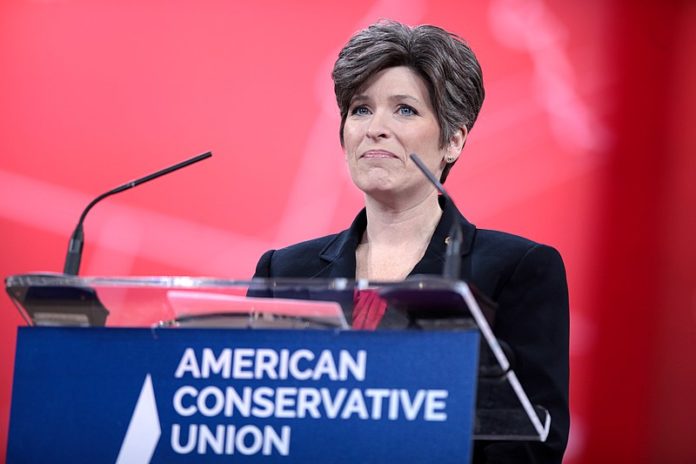 It’s been nearly two and a half weeks since a white nationalist terrorist committed a mass shooting in El Paso in which 22 people were killed while school shopping. Now voters in Iowa are angrily grilling Senator Joni Ernst (R-Iowa) because Republicans continue to do nothing to stop gun violence.

House Democrats passed a pair of background check bills earlier this year that have stalled in the Senate because Senate Majority Leader Mitch McConnell (R-Ky.) refuses to bring them up for a vote.

A recent poll shows that a majority of Americans support gun laws as part of the solution to reducing gun violence across the nation, but Republicans continue to do nothing but offer “thoughts and prayers.”

And as schools begin to open their doors to restart another year of classes, parents and kids are understandably worried that the next mass shootings will happen inside schools.

During a town hall event over the weekend, Ernst was nearly booed out of town by her constituents, who demanded to know why nothing is being done about guns.

“As part of my teacher training this past week, I was asked to listen to popping sounds and then determine if they were gunshots or not,” a teacher named Ellie Holland told Ernst. “I was then asked to be trained to man a family reunification center to provide counseling to parents seeking their children following a catastrophic event. My question to you today, Senator, is when can I plan to get back to training that simply teach children to read and write?”

Indeed, teachers are already being asked to play many different roles during the school year. Adding the role of a security guard is having a serious effect on how efficiently they are able to teach our children what they need to know to move forward academically.

Of course, Ernst put the blame on mental health and claimed that she went through drills as a student herself.

“This is a very, very difficult time, and we have gone through many of these,” she said. “I remember going through all types of drills as a child growing up.”

The audience rightfully objected, because active shooter drills are a fairly recent thing.

Once again trying to shift from the blame from guns to mental health, Ernst found herself booed as one man declared that “the time for talk is over.”

A teacher who teaches at this Johnston school tells Joni Ernst of the active shooting drills she has to train for. Some dramatic, contentious moments after (1/2): pic.twitter.com/AqBHihQhQI

And the second part of Joni Ernst’s answer on gun violence and the crowd’s reaction: pic.twitter.com/TY90rJBWfD

Ernst is already facing an uphill election next year as her support continues to waver. Her defense of guns and refusal to do nothing to stop gun violence will likely cost her even more support and could be enough to end her political career if voters take out their frustrations at the polls as well.