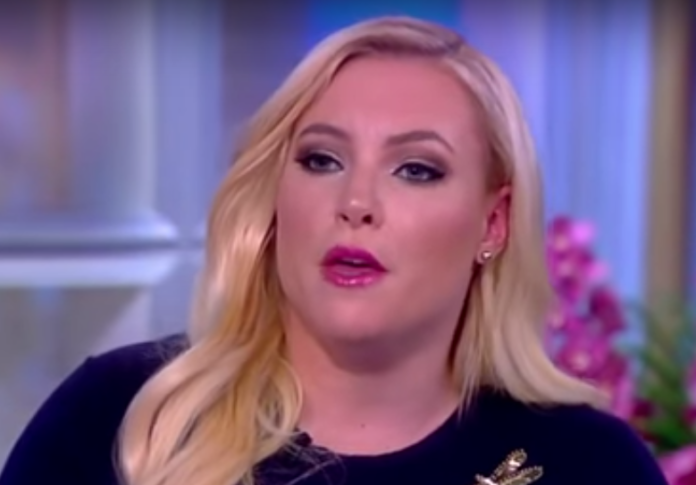 Meghan McCain enraged her “The View” co-hosts on Wednesday by making the recent college admissions scandal all about herself, much to Joy Behar’s annoyance.

A nationwide university scandal made headlines this week after federal prosecutors indicted many parents, including actress Lori Loughlin, who plays Aunt Becky on “Full House,” for paying tens of thousands of dollars to a fake charity set up by consultant William “Rick” Singer in order to get her kids into elite schools by falsifying test scores and athletic ability. They also committed tax fraud by writing off the “donations” on their tax returns.

The scandal validated claims that the university system caters to the wealthy, thus taking away opportunities from children in middle class and poor households who earn their spots by merit.

On Wednesday, the ladies of “The View” discussed the scandal before Meghan McCain went off on a rant to make it all about herself by promoting Arizona State University and deriding elite universities, which is hypocritical since she attended Columbia University.

“For me specifically, not everything is about my family, I know,” McCain began “I read my tweets, I know what you’re saying. But if Becky’s husband talked crap about ASU, and Arizona State is where the McCain Institute for International Leadership is partnershipped with ASU, where they find students, identify, develop and train a global network of character-driven leaders that I have the luxury to be a part of that institute, and it was chosen because ASU is a premiere educational system, as well.”

“Maybe it isn’t as good from some people, Hollywood elites’ perspective, as Harvard and Yale, but ASU has a president, Michael Crowe, an incredible president, has been doing incredible things for a long time,” McCain rambled on. “I’m very proud to have my family’s name attached to ASU. It’s an incredible, incredible, incredible college, and Aunt Becky’s husband, whoever the hell you are — I had no idea who you were until yesterday — sorry, your kid probably wouldn’t have been good enough to get in.”

Behar then chimed in to explain the racist origin of “legacy” admissions, which once again drew another mini rant from McCain.

“The only thing I will say, when it comes to military academies, my family goes back generations at the Naval Academy, and that’s service to your country so I would push back on that part of it because my grandfather, great-grandfather, my brothers, they all served their country,” she said, allowing Behar to finish her point.

Behar said that all potential recruits should have to qualify just like everyone else, and that family name should not be a determining factor.

“They did have the grades,” McCain insisted. “My brother did, but I don’t think there’s anything to be ashamed of the fact my family’s legacy is at the Naval Academy — my father’s buried there.”

So why even bring up her family? Why make this scandal about herself instead of slamming this blatant gaming of the system?

A perturbed Behar then snapped.

“I’m not talking about your family,” she said. “I’m talking about the policy of where legacy admissions came from. It was to keep non-white people and Jews, probably, out of colleges.”

Sunny Hostin and Ana Navarro concluded the segment by quickly talking about whether these parents would go to jail.

Instead of focusing on the scandal, McCain made this discussion about herself, her family, and gave ASU free advertising. Her remarks were a waste of time that took away from the real issue, which it seems McCain really wanted to distract from the entire time. She ran out the clock so the discussion about how wealthy people get their kids into schools could not go any deeper.

Seriously, why is she still on this show?