The United States Blues
Home News Joy Reid: Donald Trump has done damage to the US that may... 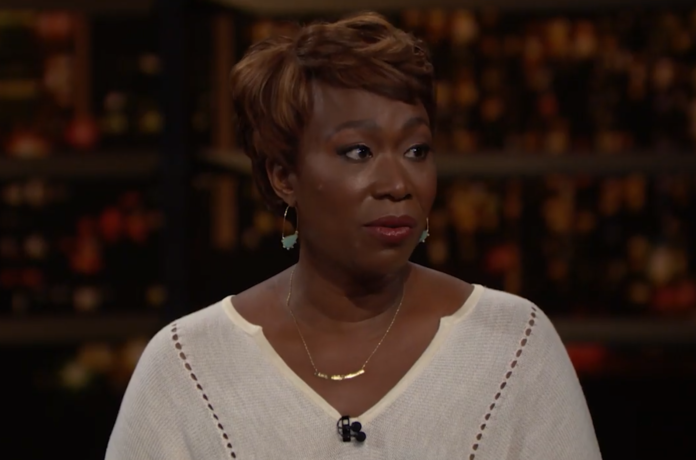 MSNBC host Joy Reid is warning that some of the damage done by President Donald Trump may never be fully repaired.

During an appearance on “Real Time With Bill Maher” Friday evening, Reid was asked by the host if “America will ever be able to recover from Trump after he leaves office.” She replied:

“I interviewed a lot of people from around the world who all said one thing: The thing that America has said about itself since World War II, we kind of suspected might be bullshit? Well, Donald Trump has made us feel, yup, it all was bullshit, we don’t believe it anymore.

“Getting the world to believe again that we are the good people, the leader of the free world, the real democracy, the multi-cultural democracy — he’s cratered it.”

Reid also noted that Trump’s trade war has permanently impacted supply chains and relationships between American producers and foreign nations. That could well mean that those markets — which had to be cultivated over decades — are gone and will never be recovered:

“The other thing is supply chains. So Donald Trump does a trade war, people stop buying our soybeans. Do you think because, Kamala  Harris is president people are going to be, ‘Oh, we’ll buy your soybeans’ again?’ No, they’ve already found other people to buy from. They don’t just revert back. So, economically, a lot of the damage will be really really hard to undo.”

At the G-20 summit in Osaka, Japan, Friday, the president said he is temporarily suspending another round of tariffs on Chinese goods, according to CNN:

Trump told reporters he would hold off — for now — on imposing new tariffs that he’d threatened if an agreement couldn’t be reached, though said existing duties would remain.

“I promised that for at least the time being we’re not going to be lifting tariffs on China. We won’t be adding an additional tremendous amount — we have $350 billion left that could be tariffed, taxed — we’re not going to be doing that,” Trump told reporters at his closing G20 news conference in Japan.

But as Joy Reid noted, the damage has already been done, and it could wind up costing this country in the long term.