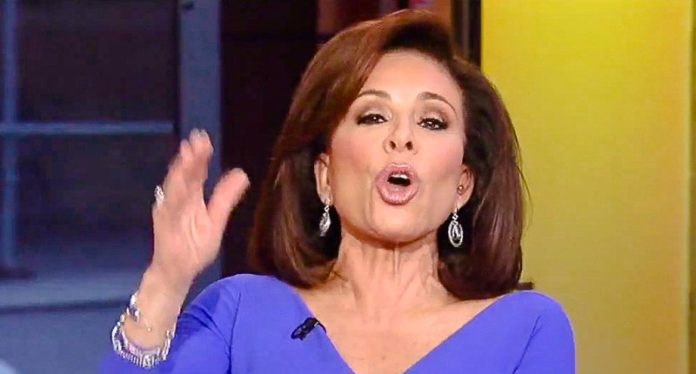 Fox Host Jeanine Pirro is an unabashed (and sometimes unhinged) supporter of President Donald Trump. And it appears that she, much like Trump, isn’t fond of paying her bills.

A new report from The Daily Beast reveals that Pirro still owes at least $600,000 in debts from her failed 2006 run for the U.S. Senate:

“The lawyer-turned-Fox News host mounted an ill-fated run for the U.S. Senate in 2006, when she vied for the Republican nomination to challenge then-Sen. Hillary Clinton before dropping out after just four months. But in that brief period, Pirro’s campaign managed to rack up nearly $600,000 in debts to its campaign vendors.”

Pirro even refuses to file the required campaign finance reports with the Federal Elections Commission (FEC), apparently thinking that she’s somehow above the law that applies to all candidates who seek federal office:

“The FEC has sent the campaign nineteen notices, the latest just last month, requesting that it fulfill its filing requirements, to no avail.”

The fact that Pirro has steadfastly refused to file updates with the FEC could land her in legal hot water, which is ironic considering that the former Westchester County judge has repeatedly bragged about how Trump is a “law and order” president:

“‘The failure to timely file a complete report may result in civil money penalties, an audit or legal enforcement action.'”

Fox News refused to respond to a request for comment on the fact that one of their on-air personalities is an alleged deadbeat who doesn’t feel a need to pay vendors and other firms that supplied services 12 years ago. Pirro could not be reached for comment, The Daily Beast reports.

Pirro’s ex-husband, Albert J. Pirro Jr., also ran afoul of the law in 2000 when he was convicted of tax fraud and sentenced to 29 months in federal prison. The couple divorced in 2013.