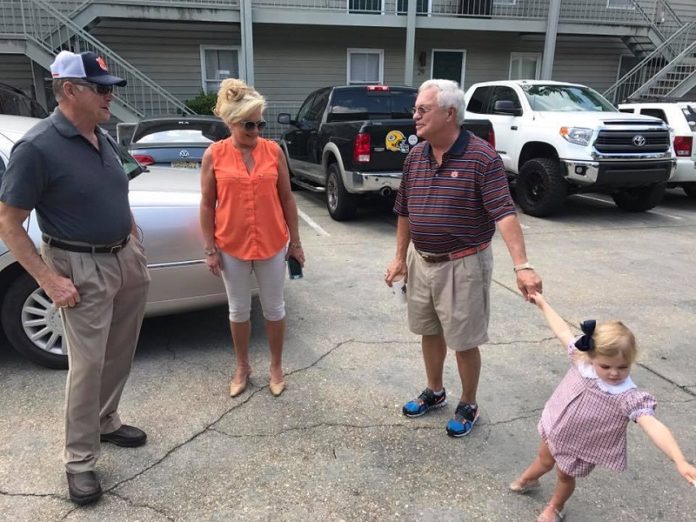 A man with no regard for the rule of law?

Why not make him a senator?

That sounds like a grand plan, Bubba! Let’s do it!

And so they are trying. The voters in Alabama selected two people out of a group of Republican primary opponents, which prompted a run-off election between former judge Roy Moore and Luther Strange. Moore won to become the sole GOP candidate. He is now pitted against Democrat Doug Jones. Alabama is voting on December 12 to fill the Senate seat vacated by Jeff Sessions, who moved into the U.S. Attorney General position under President Donald Trump.

When news broke last week about Roy Moore having sexual relations with underage girls, conservatives saw the writing on the wall. Die-hard supporters chose to stand up for him and pronounced that even a ‘flawed’ Republican was better than a Democrat. They repeated their Fox News overlords’ message, calling the reports bogus and contrived. They went on victim-shaming and blaming rants and even justified his pedophilic behavior with bizarre anecdotal references to Mary, Joseph, and Jesus. Others pulled their endorsements from the now-too-controversial character and ran the other way.

Four women came forward to accuse Moore of sexually assaulting them when they were teenagers. Now a fifth woman has come forward with an eerily similar tale of sexual assault. Moore, of course, has denied all the allegations.

The Guardian took the opportunity to research some of the rulings made by Moore while he served on the Alabama Supreme Court. They found some interestingly insane anomalies.

Alabama has a law that protects rape victims. Moore challenged the scope of that law, twice arguing that the “rape shield” law should not keep alleged rapists from using evidence about underage victims’ personal lives. In other words, he argued that rapists should be allowed to discredit the victims by any means necessary.

In 13 of 16 sexual crimes cases, Moore sided with the offender over state prosecutors. In 10 instances between 2013 and 2016, Moore took the side of alleged offenders over the court’s majority when the alleged rapists were appealing to the court to overturn their convictions for sexual crimes. The details of some of the cases where Moore ruled against the victim:

David Pittman pleaded guilty to raping a 12-year-old girl. Moore thought that Pittman should have been able to “present evidence to the court indicating that the girl had been sexually active and had a sexually transmitted disease.”

Sherman Tate was convicted of forcing two 15-year-old girls to touch him sexually. Moore argued that Tate “should have been allowed to tell jurors that he believed the girls were bisexual and in a relationship together.”

Eric Higdon was convicted of assaulting several young children and of raping a four-year-old boy. Moore argued that “evidence did not support a lower court’s finding that Higdon had assaulted a child using ‘forcible compulsion.'”

James Ware was convicted of raping a sleeping graduate student, then leaving her bound and blindfolded. Moore argued that Ware should have been granted permission to haul every single one of her coworkers from her lab into court for questioning, rather than just the woman’s lab supervisor.

Lanice Bonds was a school police officer that was convicted of having sex with a 17-year-old student. Moore argued that since Bonds was not “technically” a school employee, he might have been wrongly prosecuted.

Robert Simmons was convicted of first-degree sexual abuse and sodomy of a six-year-old girl. Moore felt that Simmons had not been represented well enough by his attorneys and should be given a hearing to argue that point.

While our court systems do sometimes make mistakes, when you have one man arguing against a majority over the interpretation of a law, it is generally safe to side with the majority. That is how our court systems were designed to work and why we have multiple judges on panels when there are questions.

Looking back on Moore’s ruling record and the arguments he used in these cases is cause for more than a raised eyebrow or two. But will the voters in Alabama make the right decision next month?