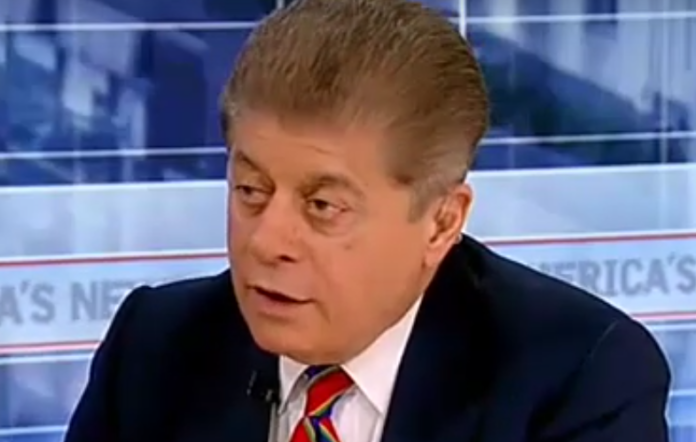 President Donald Trump’s bid to kill Obamacare in the courts is a losing issue that could devastate Republicans in 2020, which is why Fox News legal analyst Andrew Napolitano said that they secretly hope the courts rule against him.

As a new Obamacare lawsuit continues to wind its way through the courts, Trump is urging federal judges to strike down the increasingly popular healthcare law that covers over 20 million Americans and grants them benefits such as protections for people with pre-existing conditions.

GOP strategists and consultants are already panicking because the last time Trump launched a full scale attack on Obamacare it cost Republicans the House after a landslide 2018 midterm victory for the Democrats. Voters overwhelmingly rejected Trump and the GOP.

And they stand to lose even more in 2020 as the Senate and White House are up for grabs.

But that didn’t stop Trump from continuing to attack Obamacare on Twitter even though his own attempts to sabotage it is the reason premiums are going up.

The cost of ObamaCare is far too high for our great citizens. The deductibles, in many cases way over $7000, make it almost worthless or unusable. Good things are going to happen! @SenRickScott @senatemajldr @SenJohnBarrasso @SenBillCassidy

On Monday, Napolitano told Fox News that he suspects Republicans hope Trump’s effort loses in court because they have nothing to replace the law with and that means 20 million Americans would lose their healthcare despite what White House chief of staff Mick Mulvaney claims.

“Politically for the Republicans it’s an enormous problem, whatever you think of Obamacare,” Napolitano said. “If the unconstitutionality of it is upheld, what are the Republicans going to replace it with?”

“You have 21 million people in the United States receiving government subsidized health insurance as a result of Obamacare,” he continued. “You’re going to take that away from them? It’ll be politically catastrophic even though I don’t think it should have come in the first place.”

“Here is what a lot of Republicans are hoping — that the Trump Administration loses this court battle and the statute is upheld, because they don’t have anything in place to replace it,” Napolitano concluded. “They can’t physically get something done between now and the 2020 campaign.”

Indeed, Republicans are incapable of agreeing to any plan to make sure Americans keep their healthcare, and it’s because the only real solution to replacing Obamacare is universal healthcare, also known as Medicare-for-all, which a whopping 70 percent of Americans support and Democrats endorse. If Trump succeeds in killing Obamacare, millions of Americans, including millions of Republican voters in red states, will lose their healthcare and they will know exactly who to blame. And it won’t be Obama or the Democrats. It will be Trump and the Republicans. And they can kiss their political power goodbye when that happens.