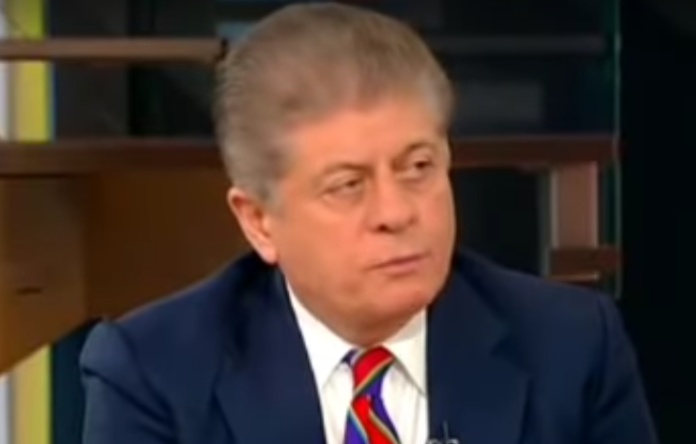 Earlier on Monday, Giuliani insisted to Bloomberg and Fox News that he and Trump want as much of the report to be released publicly as possible, but that they want a chance to look at it first.

“We will look at it and see if the president thinks there is a valid claim and if there is, do we want to make it,” Giuliani said. “We will enter that review process with no preconceptions about blocking material, but until our team reviews the report, we cannot waive executive privilege.”

In short, Giuliani and Trump are hoping Mueller will give them the opportunity to block his findings from ever seeing the light of day, a last desperate gasp in an effort to protect Trump from being exposed.

“I don’t blame Rudy Giuliani for wanting to see it, I don’t blame the president for wanting to see it,” Napolitano began. “But there’s simply no obligation on the part of Bob Mueller to share it with them. Bob Mueller’s duty is to the person who appointed him, Rod Rosenstein or, now Rod Rosenstein’s boss, acting attorney general Matthew Whitaker and perhaps the House of Representatives. But not Rudy Giuliani.”

Indeed, Trump and his cronies will do just about anything at this point to bury the report, especially if it incriminates Trump in all sorts of crimes such as collusion, obstruction of justice and fraud. If Mueller hands over the report to Giuliani and Trump, Napolitano warned that they could deceptively edit it and then present their altered version to the public to make it seem as if Mueller vindicated him.

“I agree that the White House should demand it, but I also state that the government has no obligation to give it to them, nor should they,” Napolitano concluded. “If I were the prosecutor, I wouldn’t give the defendant a chance to edit my work before I release it to the people who engaged me.”

Giuliani has also stated that he intends to release his own rebuttal to Mueller’s report and that it will be the “definitive report.”

Of course, Giuliani’s task would be much easier if he were able to read Mueller’s report. Then he could release the rebuttal before Mueller’s report is released, which again, would be a way to undermine it.

And that’s why Mueller should have no intention of giving it to the White House. There’s just too much at stake.