The United States Blues
Home News Judge Napolitano Says The DOJ Is On The Verge Of A New... 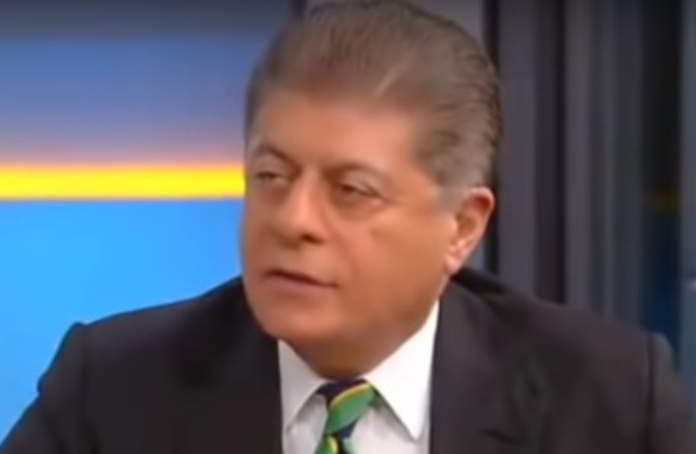 President Donald Trump’s appointment of Matthew Whitaker as Acting Attorney General is not only unlawful, Fox News legal analyst Andrew Napolitano warns it destabilizes the Department of Justice and makes a new Saturday Night Massacre — similar to the one carried out by Richard Nixon in 1973 — very possible.

When Trump fired Attorney General Jeff Sessions and replaced him with Whitaker last week, the decision was universally panned on both the left and right as illegal and unconstitutional because Whitaker was never confirmed by the Senate to hod a position in the DOJ. He served as Sessions’ chief of staff, which does not need Senate confirmation. It also makes him unqualified to serve, as Napolitano pointed out last week.

Trump apparently chose Whitaker based on his attacks on the Russia investigation and Special Counsel Robert Mueller. But a lawsuit filed by the state of Maryland this week could be Whitaker’s undoing as the lawsuit strongly argues that Trump’s appointment is unlawful.

“Mr. Whitaker was not in a position in the DOJ where he was appointed by the president or approved by the Senate,” Napolitano said on ‘Fox & Friends’ while discussing the lawsuit on Tuesday morning. “He was just hired by Jeff Sessions to be his chief of staff. I believe that the Maryland argument is the correct one. This person is not legally qualified to be attorney general under the statutes the Congress has written.”

Napolitano also warned that Trump’s move weakens the DOJ and comes dangerously close to another Saturday Night Massacre, the firing of the Attorney General and special prosecutor during Watergate that led to former President Richard Nixon’s downfall.

“We’re almost at the point of the Saturday Night Massacre in the Nixon administration when you didn’t even know who was running the DOJ or the FBI,” Napolitano concluded. “You can’t have musical chairs, but you have to have a lawfully appointed person in there, because he’s sixth in line to the presidency. The power that he has with respect to criminal prosecutions is awesome, and he must have undergone Senate vetting before he can have it.”

Any court that finds otherwise is complicit with Trump’s flouting of the Constitution.