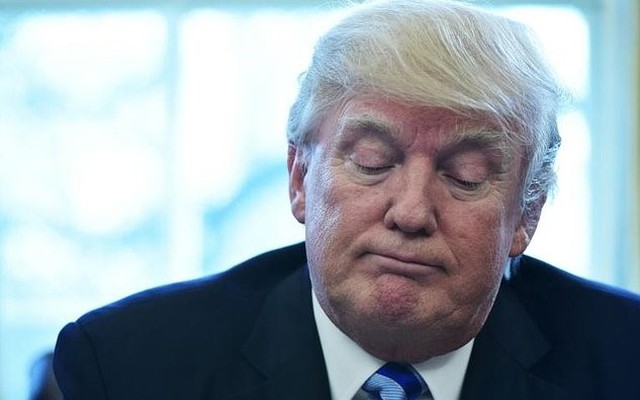 A judge in New York city ruled Friday that President Donald Trump sit for videotaped testimony as part of a lawsuit filed by protesters who claim they were attacked by Trump’s security guards during the 2016 presidential campaign, according to The Washington Post:

The Bronx-based judge, Doris M. Gonzalez, wrote that Trump’s testimony is “indispensable” to the trial, which is scheduled to begin Thursday. She wrote he must therefore be examined by videotape before then, though Trump is likely to ask for a delay.

The protesters argue Trump, his campaign and business should be held liable for the actions of security guards who were working for the company. They say, even if Trump didn’t directly order the guards to act, he had control over their actions because they were his employees and his campaign trail rhetoric gave them the impression that violence would be condoned.

According to the lawsuit, Trump’s head of security, Keith Schiller, allegedly punched a protester in the head as he attempted to take a sign from the protester which read, “Make America Racist Again!” For his part, Schiller claims that he was merely trying to “make space” on the sidewalk when the man in question grabbed him from behind.

The U.S. Supreme Court ruled in 1997 that a sitting president can be sued in federal court. That ruling came in the matter of Paula Jones, who sued President Bill Clinton for sexual harassment. Clinton sat for a videotaped deposition and later settled the case before it went to trial.

If indeed a jury finds for the plaintiffs in the current case against Trump and his security guards, it could impose large punitive damages on the president.

According the Post, the incident took place in the Bronx:

The Bronx matter stems from a September 2015 rally outside Trump Tower in which four men of Mexican descent wore Ku Klux Klan outfits and carried large banners. They were protesting Trump’s campaign comments about immigrants.

The group alleges Trump’s security guards emerged from the building and shoved and pushed them, grabbing and ripping their signs. In a moment partially caught in news footage at the time, one of the men, Efrain Galicia, alleges Schiller struck him in the head with a closed fist and another guard placed his hands around his neck and attempted to choke him.

If Trump testifies and lies under oath, he could also be in great legal jeopardy, as Clinton learned:

“Any falsehoods he told could lead to further investigations. In the Jones case, Clinton said under oath that he did not have a relationship with Monica Lewinsky, leading to his impeachment by the U.S. House of Representatives in 1998.”