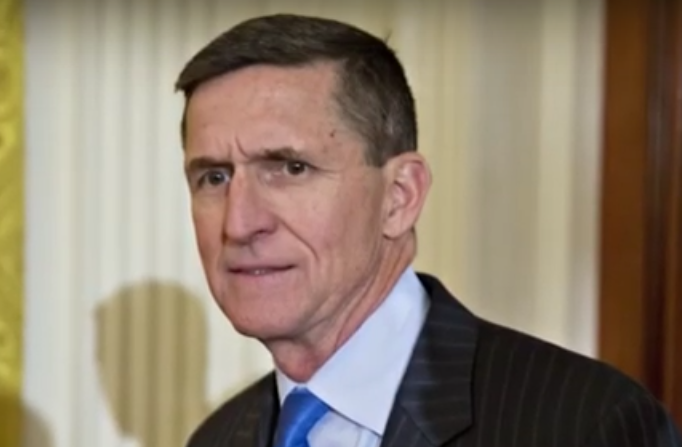 We kinda knew a hammer was going to come down today at the sentencing hearing when President Donald Trump took to Twitter Tuesday morning to lightly intimidate Flynn after repeatedly claiming that the FBI somehow illegally entrapped him, a claim echoed by Dershowitz.

But no one was prepared for the absolute tongue-lashing Flynn was subjected to by Sullivan, who suggested Trump’s former National Security Adviser be charged with treason and asked him if he wants to consider cooperating even more with Special Counsel Robert Mueller, who had previously urged the judge to reject Flynn’s claim that he didn’t know lying to the FBI is a crime.

“You were an unregistered agent of a foreign country while serving as the national security adviser to the president of the United States!” Sullivan said. “Arguably, this undermines everything this flag over here stands for! Arguably, you sold your country out! I’m not hiding my disgust, my disdain for this criminal offense.”

When asked if he wants to back out of his plea deal and claim FBI misconduct, Flynn’s attorney declined and Flynn admitted that he lied to the FBI and that he knew it was a crime.

Sullivan’s words and Flynn’s admission ripped the heart out of Dershowitz, Trump, Wall Street Journal’s Kim Strassel, Fox News personalities and others who have repeatedly accused the FBI of wrongdoing while excusing Flynn’s actions.

In fact, after Sullivan thrashed Flynn, Twitter users unloaded on Dershowitz, who is supposed to be an accomplished attorney:

Flynn is guilty and he admits he lied. He isn’t claiming misconduct. The fantasies at @FDRLST are done.

Sounds like the interactions between Judge Sullivan, Michael Flynn, and his lawyer amount to a step-by-step demolition of the Hannity/Strassel/Dershowitz talking points.

NEW — Judge asks the attorney for fired National Security Adviser Michael Flynn if his client was entrapped by the FBI.

His response: “No, your honor.”

“Lying to the FBI is not a crime!” – Dershowitz

“Collusion is not a crime.” – Giuliani

“Collusion is not a crime, but that doesn’t matter because there was No Collusion!” – Trump

Breaking: “I was aware lying to the FBI was a crime.” – Flynn

Hardest hit (besides Flynn): Dershowitz, Rudy, and a millions of gullible dopes who bought that line all along. https://t.co/Ql6TzIaK8V

That’s because no one with any serious knowledge of the law would consider Flynn to be entrapped as a legal matter. @KimStrassel and others who suggested otherwise are either ignorant or were attempting to mislead the public. https://t.co/xTUiLpDIsx

Michael Flynn is in serious trouble and so is Trump. Dershowitz and Trump made a huge gamble and humiliatingly lost. They’re going to throw temper tantrums about it, but the bottom line is that the rule of law stood tall today and told them to sit down and shut up.