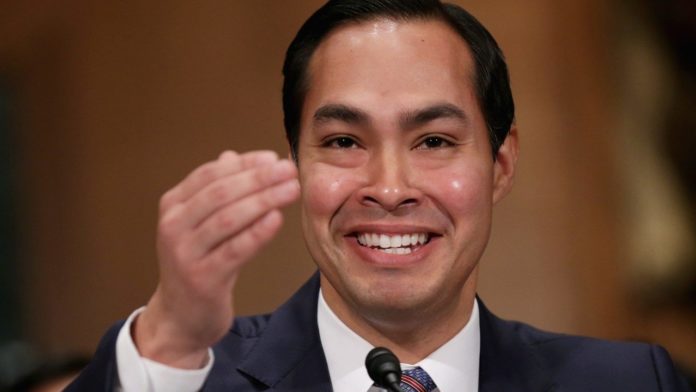 President Donald Trump received a trigger warning on Tuesday as Democratic 2020 presidential candidate Julian Castro released a powerful ad that is set to air during Fox & Friends on Wednesday morning.

As we all know, Trump’s favorite morning program is Fox & Friends, which is not surprising since all three hosts, especially Brian Kilmeade, constantly suck up to him and push his propaganda.

And because Trump watches Fox & Friends every morning during his “executive time,” it’s the perfect opportunity for Democrats to send messages directly to him in the form of political campaign ads.

That’s what Castro, former Housing and Urban Development Secretary under former President Barack Obama, is doing on Wednesday by purchasing space to air a 30-second ad addressing Trump and his vile racism and hate that incite violence.

In that 30 seconds, Castro calls Trump out for referring to non-European countries as “sh*thole countries,” slams him for his racist attacks on Democratic lawmakers of color and blames him for the El Paso mass shooting his anti-immigrant rhetoric incited.

“President Trump, you referred to countries as ‘sh*tholes.’ You urged American congresswomen to ‘go back where they came from.’ You called immigrants ‘rapists,'” Castro began. “As we saw in El Paso, Americans were killed because you stoked the fire of racists. Innocent people were shot down because they looked different from you. They looked like me, they looked like my family. Words have consequences. Ya basta [enough].”

A message for @realdonaldtrump: pic.twitter.com/WFYRxm69hA

If Trump watches Fox & Friends on Wednesday, he will likely see the ad and then react to it on Twitter, which would demonstrate once again that Trump has thin skin and can’t take criticism, just as his former supporter Anthony Scaramucci admitted to CNN on Monday.

Castro’s decision to stand up to Trump in this way could inspire other Democratic candidates to do the same, and then we can expect Trump to lose his sh*t every morning more than usual. Unless, of course, an aide protects the snowflake president by shielding him from the commercial breaks.