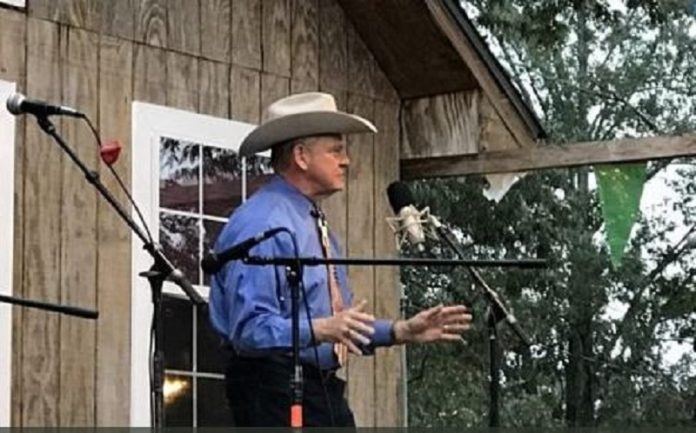 On November 9 a story of pedophilia broke on the national news scene, and people were horrified to find out that a man who had been a judge and is now running for a Senate seat was being accused of courting sexual favors from minors when he was in his thirties.

Well, some people were horrified. Others have been jumping through hoops trying to justify the behavior and continue supporting their chosen candidate. Former judge Roy Moore, of course, denies the allegations vehemently.

CNN visited Alabama and spoke with voters. What they said was incredible.

The pastor of Madison Baptist Church, Mike Allison, is a supporter no matter what. He claims that he knows Moore as “a man of integrity:”

I don’t even believe the allegations. There’s lots of fake news going around these days. They’re allegations. How can he even defend himself against 40-year-old allegations? You used to be innocent until proven guilty. I support him now more than ever.

Dottie Finch is a Republican voter. She wasn’t sure how she felt at first, but after thinking about the whole situation, Finch is convinced that she will continue to support him and vote for him, even if the allegations are proven to be true:

And if it has happened, I believe the good Lord has forgiven him and he has the right to continue to prove himself. I think that would just be between him and his good Lord. Even if they prove to be true, I still would support Roy Moore because I feel as if that happened in the past. I would power forward and keep on supporting him, just like I have with Donald Trump as our president.

The best (worst) attempt to justify this abhorrent behavior came from Alabama state auditor Jim Zeigler, who decided that the Bible makes it OK for a 32-year-old man to diddle a 14-year-old child because:

Zechariah was extremely old to marry Elizabeth and they became the parents of John the Baptist. Also take Joseph and Mary. Mary was a teenager and Joseph was an adult carpenter. They became parents of Jesus. There’s just nothing immoral or illegal here. Maybe just a little bit unusual.

“Maybe just a little bit unusual.” Yes, Zeigler said that. We’re not sure what bible he was reading — our version doesn’t mention ages for Mary and Joseph, and it wouldn’t matter anyway because if Jesus was conceived through the Holy Spirit, then Mary remained a virgin.

CNN interviewed a lot more people. Only a few stated they wouldn’t vote for him after this story broke with four women accusing Moore. Now there is a fifth woman who has stepped forward, but that didn’t change the overall opinion of him either.

I guess that’s why we have the Grabber-in-Chief sitting in the White House. People just don’t care anymore.