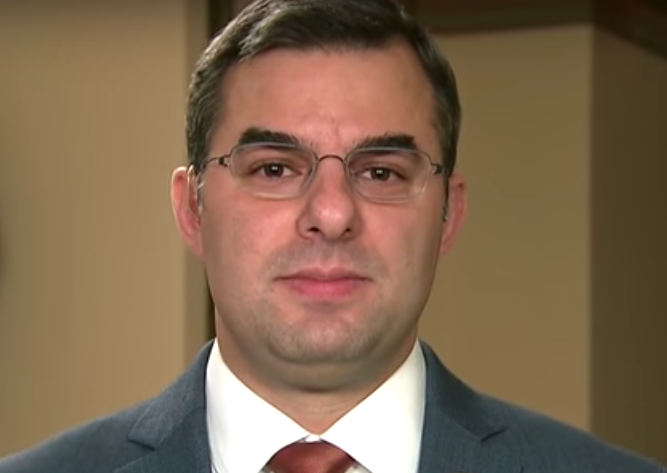 Rep. Justin Amash, the first Republican in Congress to call for President Donald Trump’s impeachment, took to Twitter again on Thursday to explain Trump’s corrupt behavior against the Mueller report in an epic tweetstorm.

Amash called for impeachment last week after a careful analysis of the full (but redacted) report.

sis of the Mueller report and explained his decision.

Clearly, he demonstrated that the truth hurts because his Republican colleagues have been attacking him ever since, thus proving that they either did not read the report themselves, or did and just don’t care about what it says.

Because it’s a damning report that details Trump’s repeated efforts to undermine or outright kill the investigation at every level, including by firing former FBI Director James Comey, ordering former White House counsel Don McGahn to fire Mueller, lying about the investigation on Twitter, lying in his written answers to Mueller’s questions and several other instances of obstruction of justice against a legitimate federal investigation looking into Russian interference in the 2016 Election.

Following up on his call for impeachment, Amash doubled down in yet another long tweetstorm defending it.

He began by pointing out that Trump violated the public trust and explained that Trump had lots of incentive to undermine the probe.

The president has an obligation not to violate the public trust, including using official powers for corrupt purposes. For instance, presidents have the authority to nominate judges, but a president couldn’t select someone to nominate because they’d promised the president money.

President Trump had an incentive to undermine the investigation into Russian interference in the 2016 election, which included investigating contacts between Russia and the Trump campaign.

It also revealed criminal activities, some of which were committed by people in Trump’s orbit and, in the case of Michael Cohen’s campaign finance violation, on Trump’s behalf.

He then listed several examples of Trump’s misconduct.

Some excuse Trump’s conduct based on allegations of issues with the investigation, but no one disputes the appropriateness of investigating election interference, which included investigating contacts between the Trump campaign and people connected to the Russian government.

1. Trump asked the FBI director to stop investigating Michael Flynn, who had been his campaign adviser and national security adviser, and who had already committed a crime by lying to the FBI.

3. Trump directed the White House counsel, Don McGahn, to have Special Counsel Mueller removed on the basis of pretextual conflicts of interest that Trump’s advisers had already told him were “ridiculous” and could not justify removing the special counsel.

5. Trump asked Corey Lewandowski, his former campaign manager, to tell AG Sessions to limit the special counsel’s investigation only to future election interference. Trump said Lewandowski should tell Sessions he was fired if he would not meet with him.

Trump, through his own statements—such as complaining about people who “flip” and talk to investigators—and through communications between his personal counsel and Manafort/Cohen, gave the impression that they would be pardoned if they did not fully cooperate with investigators.

Both men have been convicted for offering false information, and Manafort’s lack of cooperation left open some significant questions, such as why exactly he provided an associate in Ukraine with campaign polling data, which he expected to be shared with a Russian oligarch.

He concluded by noting that while Trump has the authority to do a great many things, he cannot use that authority for corrupt purposes.

The president has authority to fire federal officials, direct his subordinates, and grant pardons, but he cannot do so for corrupt purposes; otherwise, he would always be allowed to shut down any investigation into himself or his associates, which would put him above the law.

Mueller’s report describes a consistent effort by the president to use his office to obstruct or otherwise corruptly impede the Russian election interference investigation because it put his interests at risk.

If Attorney General Bill Barr had been an honorable man who cares about the rule of law, this is what his summary of the Mueller report would have said.