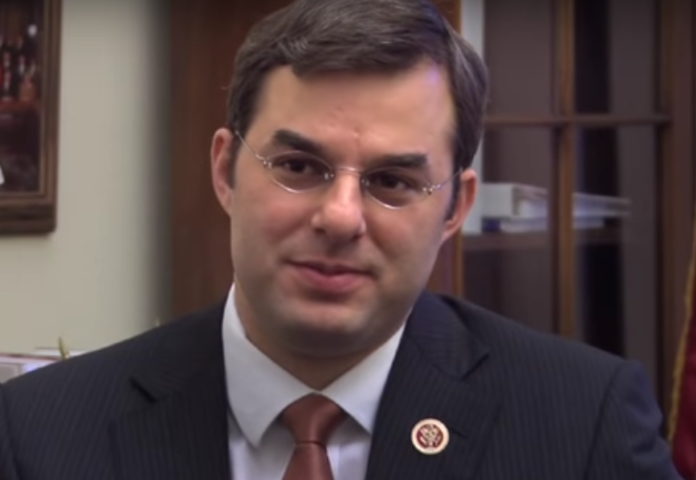 Rep. Justin Amash plans to stand tall on Tuesday at a town hall meeting that hilariously trolls Education Secretary Betsy DeVos and her family just days after they retaliated against him for calling for President Donald Trump to be impeached.

Last week, Amash became the first Republican in Congress to publicly support impeachment after carefully analyzing the full redacted Mueller report and made his case in a lengthy thread on Twitter.

His Republican colleagues have since condemned him even though some privately agree with him, but Amash has shrugged off their abuse and may be considering a presidential run on the Libertarian ticket in 2020, a move that could split the Republican vote and deal a blow to Trump’s re-election chances.

Betsy DeVos once had nothing but praise for Amash when he first ran for his House seat, calling him “a really smart, reflective state representative who will serve in Congress with honor, commitment, and integrity,” according to Vanity Fair, which also reports that the DeVos family has donated nearly $300,000 to his campaign since 2010.

But that is apparently not going to happen for 2020 as the DeVos family has apparently decided not to support Amash this time around.

“Family members have expressed increasing concerns about a lack of representation for their district, the 3rd Congressional, and I would say an inability to advance efforts connected to important policy matters,” family spokesman Nick Wasmiller told the Detroit News while insisting that Amash’s call for impeaching Trump did not figure into the decision.

However, we all know that’s not true. Why would the family who enthusiastically supported Amash for years suddenly withdraw their support? He has a conservative record and his call for impeachment proves everything Betsy DeVos said about him nine years ago.

The withdraw is also suspiciously in the wake of that call for impeachment, and we all know that Trump demands absolute loyalty from his officials and their families.

But Amash cleverly trolled DeVos and her family on Saturday by announcing a town hall to be held at the DeVos Center for Arts and Worship, which obviously bears the family name.

The Michigan lawmaker is clearly not scared of the family, nor does he believe he needs their financial support to win re-election if he decides to seek it. The question is how much money is the DeVos family going to spend trying to oust him as they continue to prostitute themselves to Trump?