The United States Blues
Home Elections Kamala Harris: Donald Trump must be prosecuted for his many crimes 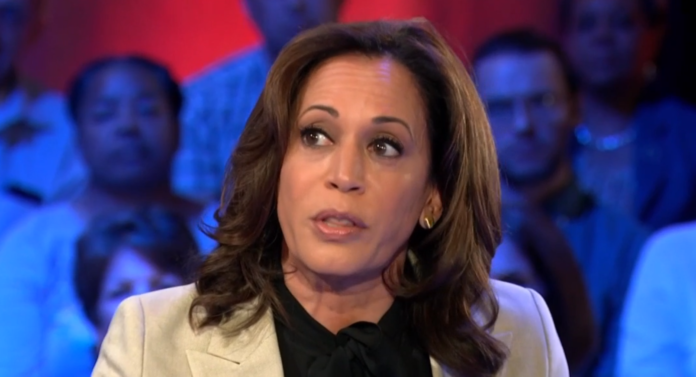 During an MSNBC town hall in Spartanburg, South Carolina, Tuesday evening, Senator Kamala Harris (D-CA) said she believes that President Donald Trump and members of his administration should be prosecuted for their crimes.

Asked if she thought Trump should face justice for actions he’s taken while in office, Harris responded:

The facts, Harris continued, suggest that Trump should indeed be prosecuted when he leaves office:

“But there is no question that the evidence supports a prosecution of that case. So taking it to the point of your next question, absolutely. Listen, I believe that there needs to be transparency, there needs to be accountability. There is a clear track record of this president and members of his administration obstructing justice. Not to mention what we have seen from the current attorney general of the United States, who I questioned in connection with the judiciary committee, who clearly thinks his job is to represent the president and his peculiar interests as opposed to representing the people of the country in which we live. So there is a lot of work to do and I plan on seeing it through.”

The Mueller report does indeed lay out at least 10 instances of obstruction of justice. And as Vox noted in April:

Perhaps most explosively, Mueller said in the report that Trump’s “efforts to influence the investigation were mostly unsuccessful, but that is largely because the persons who surrounded the President declined to carry out orders or accede to his requests.”

Trump was eager to interfere with the Russia probe, and that means he attempted to obstruct justice. He and others in his administration should indeed be indicted and charged for their crimes.

To paraphrase a line that Trump himself used to nauseating excess during the 2016 election, Lock him up!