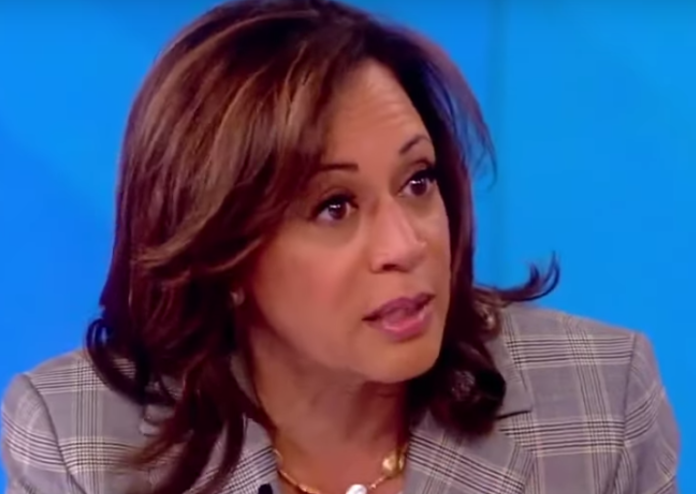 Meghan McCain attempted to corner Senator Kamala Harris (D-Calif.) on “The View” Friday over her border policies, only to be put in her place by the Democratic 2020 candidate.

During the Democratic debate a couple of weeks ago, Harris joined other candidates in raising her hand to signal that crossing the border should not be a criminal offense punishable by jail, before she decked former Vice-President Joe Biden for pandering to racists.

To McCain, that apparently means Harris is for decriminalizing illegal immigration, and came right out and assumed that is her position while trying to get her to attack Rep. Alexandria Ocasio-Cortez (D-N.Y.).

“I’m going to try to make this as quick and dirty as possible,” McCain began. “You’re for decriminalizing border crossings, you’re one of the people that raised your hand at the debate. Do you agree with AOC that we should get rid of DHS altogether?”

Harris was not amused and proceeded to set McCain straight.

“That is not correct,” Harris replied. “I am not in favor of decriminalizing or not having consequence — let me be very clear. We have to have a secure border, but I am in favor of saying that we’re not going to treat people who are undocumented and cross the border as criminals.”

“What we cannot do is have any more policy like we have under this current president that is about inhumane conduct, that is about putting babies in cages, that is about separating children from their parents and we have got to have policy that is about passing comprehensive immigration reform with a pathway toward citizenship,” she explained before McCain continued to insist that Harris wants to decriminalize illegal immigration.

“Clarify this for me, though, because I do find it confusing,” McCain said. “I believe if someone crosses over the border illegally, it is illegal, and you would decriminalize it.”

Seriously, does McCain not listen? Because Harris already made her position clear. But she responded by once again spelling out her position.

“I would not make it punishable by jail,” Harris said. “It should be a civil enforcement issue, but not a criminal enforcement issue. You’ve got to play by the rules, but we can’t treat people like criminals when they are crossing the border, and incarcerate them and separate families.”

McCain then retreated in defeat by shutting up for a bit.

Harris’ position is the way past administrations have handled illegal border crossings. That’s because crossing the border in itself does not make someone a criminal. If an immigrant is doing something like smuggling drugs while crossing the border illegally that should land them in jail. But crossing out of desperation to seek asylum is not a good reason to imprison anyone. And it certainly does not warrant taking their children away from them and locking them up in camps.

Our country needs to be compassionate and understanding, and that’s what Harris believes and is something that McCain has zero comprehension.