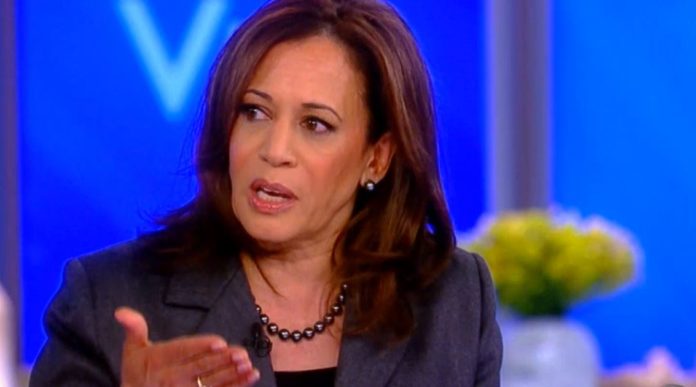 Kamala Harris appeared on The View today, and quickly the conversation turned to her possible Presidential ambitions. Harris first announced that she hadn’t made a decision, but as the conversation went on, she moved to where she said she was “tempted.” A little later in the discussion, she was speaking as if she had already decided to run.

Co-host Abby Huntsman asked perhaps the most important question of the segment. She asked Harris how she would handle being in the political arena directly against Donald Trump. She also wondered if Harris would “get down in the mud” with Trump and if she didn’t, how she would do things.

Unlike Michelle Obama, who has touted the phrase “when they go low, we go high” — Harris gave a different response.

“There is something to be said for the nobility of the office of the President of the United States,” she began. Harris then went on to speak about how there were all kinds of groups of people, many of which are unrepresented or under-represented. Harris sees one of the roles of any office, especially POTUS, to speak for those folks. She then added that such responsibilities won’t give her the time or patience to wallow in what she called “childish behavior.”

See the exchange between Huntsman and Harris below:

In practice, Kamala Harris has proven herself to be tough as nails and undeterred by those who would try to be misogynistic towards her or try to shut her up in any way. And Harris will keep the heat on anyone, regardless of party or position. She showed that in hearings with Jeff Sessions, Brett Kavanaugh, and Rod Rosenstein, who is presently very popular among those supporting Mueller’s investigation.

Check out one of the more fiery exchanges she had with Rosenstein below: