The United States Blues
Home News Kamala Harris: The Trump administration is engaged in a ‘campaign of terror’... 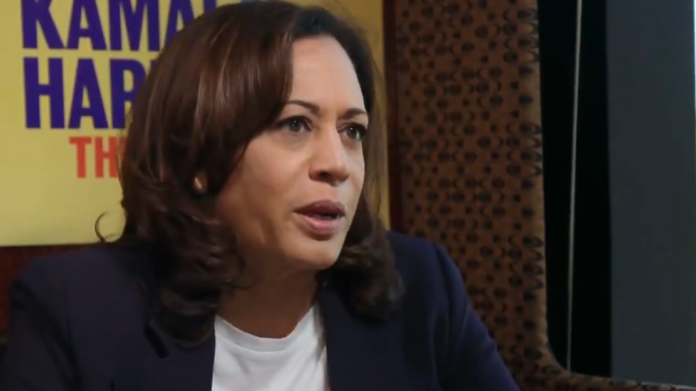 Earlier this week, as he was in Dayton, Ohio and El Paso, Texas, to supposedly comfort the two communities in the wake of mass shootings that left 31 Americans dead, President Donald Trump also had ICE agents raid multiple chicken processing plants in Mississippi and arrest almost 700 immigrants who were working there. As a result, many children were left without one or more parent in their home, and were terrified of what might happen to them now that their parents had been arrested.

So it should come as no surprise that Senator Kamala Harris (D-CA) who is seeking to be the 2020 Democratic presidential nominee said Sunday on “Meet the Press” that she’s convinced the Trump administration is engaged in a “campaign of terror” against immigrants, telling host Chuck Todd:

WATCH: Presidential candidate Sen. Kamala Harris says the Trump administration is running a “campaign of terror.” #MTP #IfItsSunday@SenKamalaHarris: “Children are afraid to go to school for fear that when they come home, their parents won’t be there.” pic.twitter.com/iWoQl8dnqW

Trump has openly admitted that he wants to terrify immigrants and even referred to them as being part of an “invasion” of the United States. His words directly led to the mass shooting in El Paso, where the suspected shooter said he was targeting Hispanics and even echoed the president’s language about an “invasion” in his online manifesto.

Donald Trump uses fear as a means to power, which is the very definition of terrorism, which, as the word implies, is intended to terrify people for the purpose of gaining leverage and influence.

While it’s most certainly jarring to hear a president accused of practicing terrorism against others, no one can deny that Trump has been doing so from the moment he took office. Senator Harris is merely calling this president out and giving him the label he deserves.