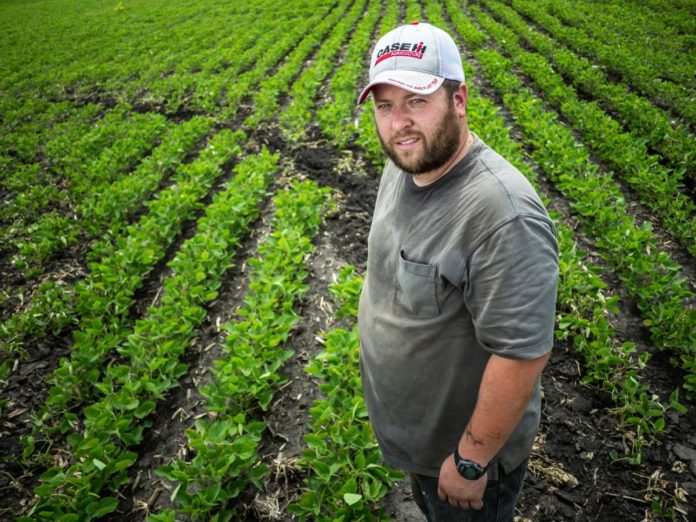 As President Donald Trump’s trade war with China continues to drag on, the Americans who are feeling the brunt of the tariff back-and-forth most dramatically are the people who account for putting food on our tables: American farmers.

And on Monday, Kansas Republican Senator Jerry Moran warned in a letter he sent to Secretary of Agriculture Sonny Perdue that many of the farmers in his state are facing completely financial ruin as a result of the president’s foolish trade policies.

In his letter, Senator Moran writes:

“The tariffs our country levied against China, and China’s retaliatory tariffs targeted at our farmers and ranchers, threaten to cause long term damage to U.S. agriculture.

“Kansas farmers and ranchers understand the need to hold China accountable for bad behavior on trade. Yet, net farm income has fallen by 50 percent since 2013 and the trade war has pushed commodity prices down even further. Many farmers and ranchers are on the verge of financial collapse.”

Earlier this month, Trump raised tariffs on Chinese imports when ongoing talks between the two nations failed to produce a solution, The Hill notes:

The Trump administration raised tariffs from 10 percent to 25 percent on $200 billion of imports, and China responded by targeting $60 billion worth of U.S. agricultural exports.

The president has threatened another round of tariffs on Chinese imports as the trade dispute escalates.

Rather than end the trade war, the president has announced the administration will provide $15 billion in economic assistance to American farmers, but Moran says that isn’t the solution:

“The President has encouraged U.S. consumers to not buy goods from China as a way to avoid paying tariffs.

“However, consumers changing their purchasing decisions to avoid the tariffs provides no solution or relief for Kansas and other states who are dependent on selling what we produce to China and other foreign markets. The same logic expressed by President Trump applies to foreign buyers who are choosing to no longer purchase U.S. agriculture commodities in a similar attempt to avoid the retaliatory tariffs applied to our exports.”

There’s an old saying we all heard as children that applies to the Trump trade war: Cutting off your nose to spite your face. But in this instance, the people getting cut off thanks to Trump’s childish spite just so happen to be the very people who feed all of us.