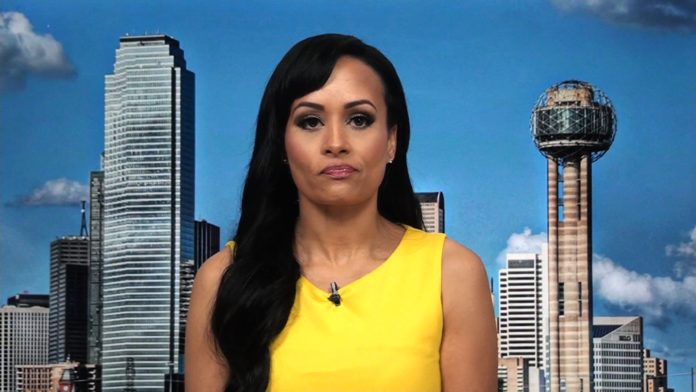 You remember Katrina Pierson, don’t you? She served as a spokesperson for the 2016 Trump campaign and was known for her propensity for lying when asked a tough question or presented with an embarrassing comment that had been made by Trump.

Pierson faded from view after the election, going to work for a Super PAC supporting the president’s 2020 re-election efforts, but she’s back now and just a clueless as ever.

On Thursday, Pierson took to Twitter and complained that the late Senator John McCain “still refuses to answer questions about his role” in the creation of the Steele dossier, which alleged that Trump had ties to Russia and was being blackmailed for bizarre sexual exploits with Russian prostitutes:

Since everyone is just now realizing his staffers role in the #RussiaHoax We have been asking questions! John McCain Still Refuses to Answer Questions About His Role in the Dossier https://t.co/acsVdH1GTq

Uh…Katrina, if you’re expecting a response from Senator McCain, you might want to settle in for one hell of a wait.

Within minutes, internet mocking began, and some of it was flat-out brilliant. Take a look:

Trump campaign advisor Katrina Pierson in her office screaming questions at a ouija board. pic.twitter.com/hLUAqOVKoK

I found her! The literal dumbest person on the planet! https://t.co/51UHq7tgMh

This is unacceptable. Clearly he’s hiding something! You should dig deeper

Katrina, do us all a favor and delete your account before you manage to break the entire internet.