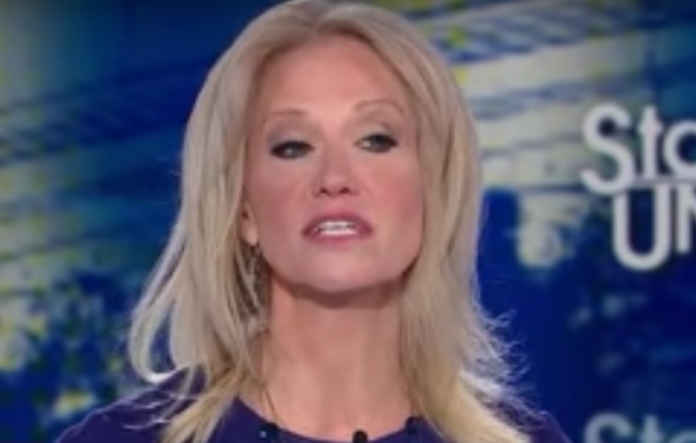 White House counselor Kellyanne Conway had a complete meltdown after CNN host Dana Bash asked her about her husband’s anti-Trump tweets on Sunday.

Over the last month, George has had plenty to say, although he mostly lets retweets do the talking, such as when he shares posts from The New York Times and CNN, both of which Trump hates. 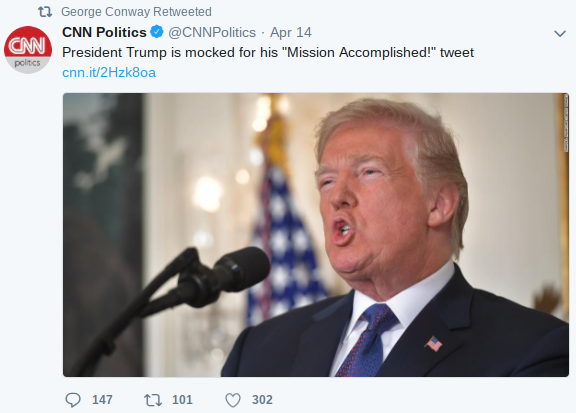 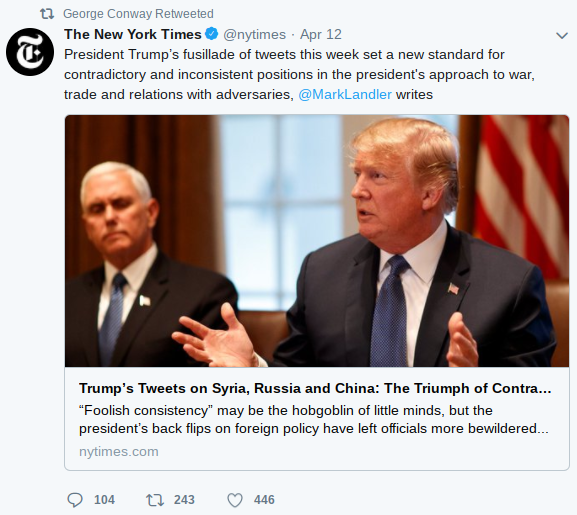 But Conway has also taken shots at Trump himself, most prominently after the FBI raided Michael Cohen’s home and office and Trump whined about it by claiming that “attorney-client privilege is dead!”

It was a short tweet, containing nothing more than a link to Justice Department procedures and rules surrounding search warrants against attorneys.

Basically, Conway put Trump in his place without having to say a single word himself.

Given that George Conway’s apparent views on Trump are the opposite of his wife’s, CNN had every reason to ask Kellyanne about them.

“What is up with your husband’s tweets?”

Bash asked Kellyanne before showing a deleted tweet from George Conway mocking Trump’s struggle to find replacements for people who have resigned, such as a communications director to replace Hope Hicks. 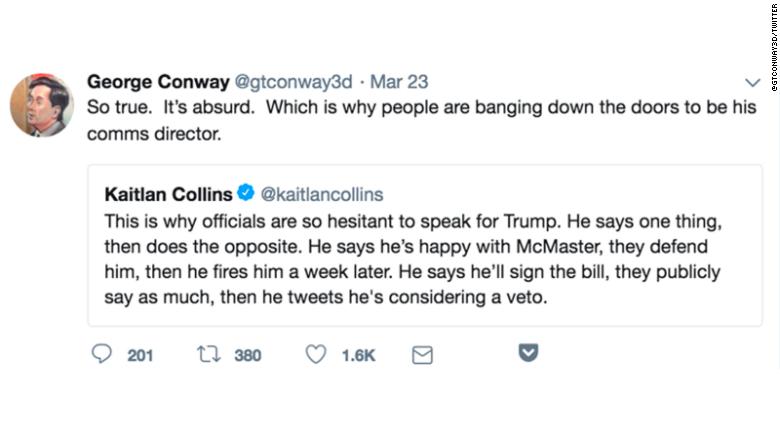 Of course, Conway protested and played the victim after attacking Hillary Clinton.

“It’s fascinating to me that CNN would go there, but it’s very good for the whole world to have just witnessed that it’s now fair game how people’s spouses and significant others may differ with them. That should really be fun.”

Bash explained that she would ask a man the same question.

“No you wouldn’t,” Conway claimed, to which Bash replied:

“It’s about publicly questioning what you are doing for a living with regard to your boss.”

Indeed, as Kellaynne defends Trump every day, her husband is taking shots at him on Twitter. That’s absolutely fair game. Not to mention that George Conway is an attorney who can take care of himself. He doesn’t need to be shielded by his wife. After all, he doesn’t lash out at the media every time she is criticized or questioned.

But Kellyanne continued to whine and accused Bash and CNN of trying to “harass and embarrass” her by asking about her spouse. She said:

Kellyanne’s husband has become a public figure because of his tweets and his wife’s position in the White House, so he is definitely fair game. Rather than complain about it, she would have been better off answering the question like an adult. Instead, she went full wicked witch of the White House and humiliated herself and her husband on the air.

Seriously, why do news networks still put her on television?